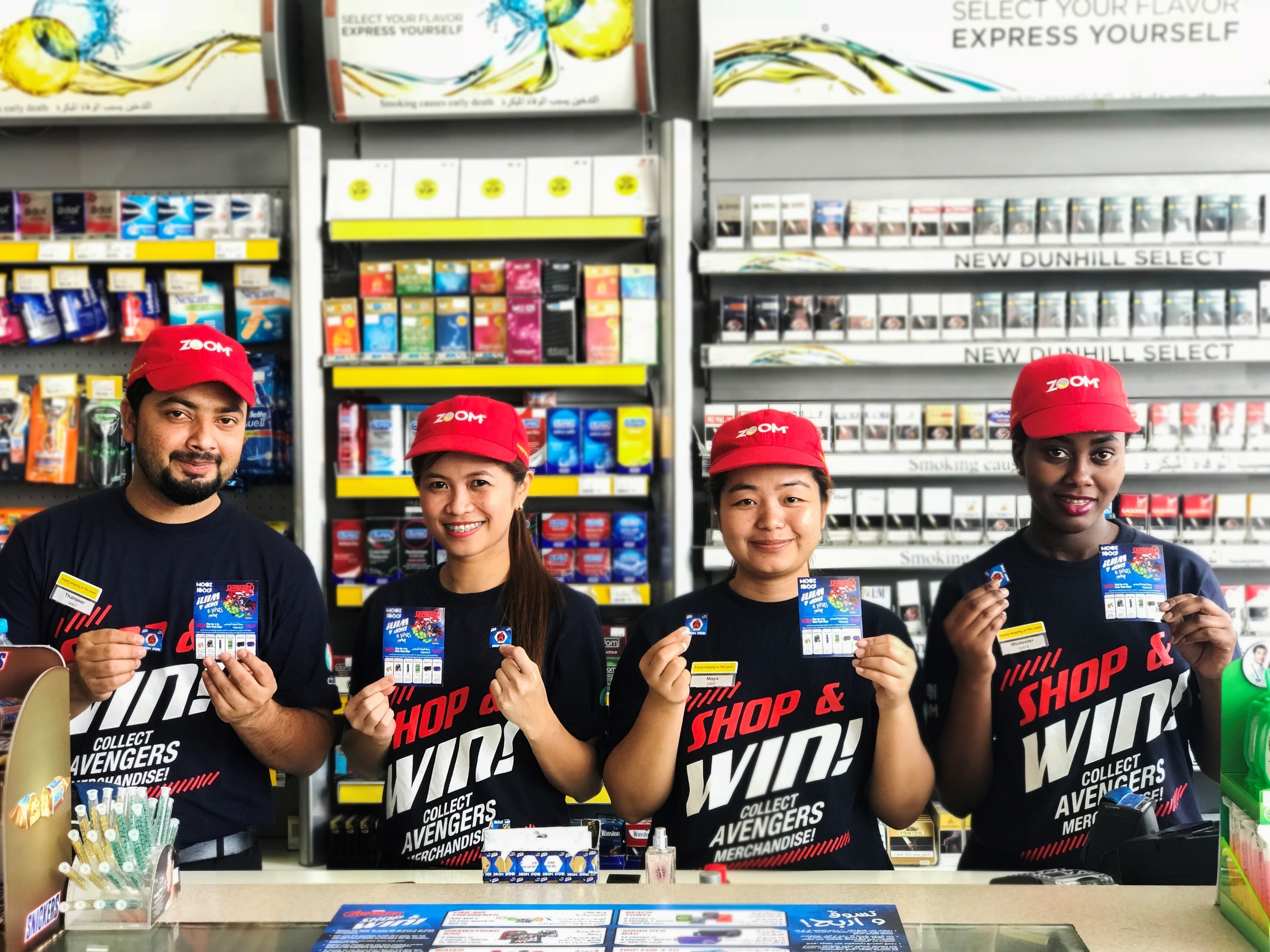 ZOOM has launched an exciting Marvel’s Avengers ‘Shop & Win’ promotion with a grand prize of a trip for a family of four to New York City to visit the home of Marvel’s Avengers movies and enjoy an exclusive tour of the famous buildings in The Avenger movies.

This exclusive promotion is available across all ZOOM stores in the UAE, including ZOOM’s 43 stores in Dubai Metro, 54 ZOOM standalone stores and 116 service stations from October 1 until November 30.

As part of the promotion, shoppers spending AED20 or more in store will receive a sticker that can be added to their collector cards. Card holders can then redeem their stamps with merchandise from the exclusive Marvel Avengers collection, with customers collecting 12 stamps automatically entering the competition to win a trip to New York.

Marvel fans can also buy The Avengers merchandise – including air fresheners, drawstring bag, water bottles, beach towels and shoulder bags – from any of the ZOOM stores in the UAE. ZOOM has also customised the promotion to some of UAE residents’ favourite Marvel characters including Iron Man, Hulk, Captain America and Thor.

ZOOM has over 200 neighborhood stores in strategic locations in Dubai, Abu Dhabi, Sharjah, Ras Al Khaimah, Fujairah and Umm Al Quwain, ZOOM has a variety of formats – from service station convenience stores to mini marts, and Dubai Metro stores up to large-scale supermarkets.

The Coffee Club on a high growth path in the UAE