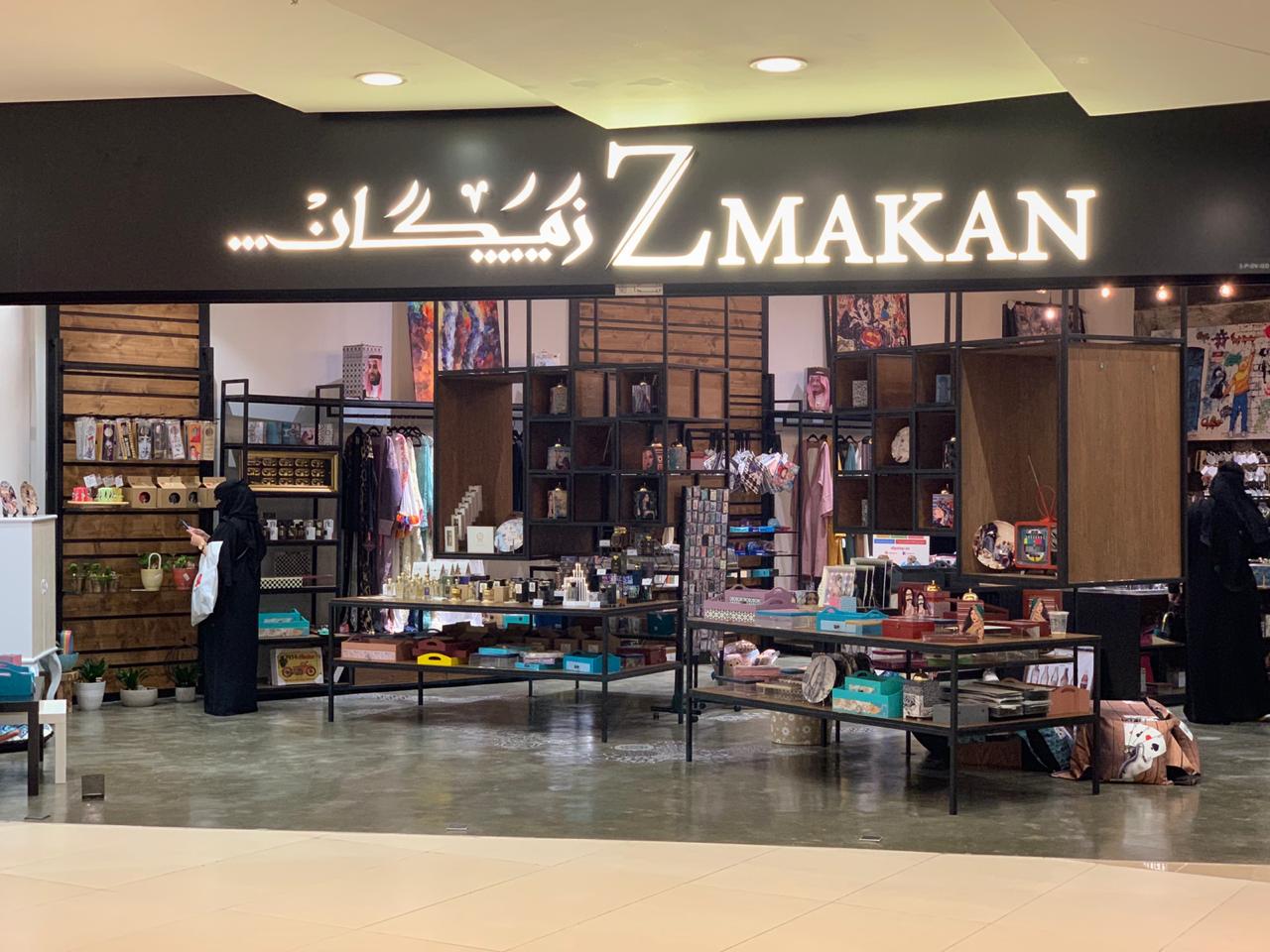 Zmakan Gift Shop is the success story of its owner Rania Mustfa Ghamrawi, who started creating her pieces at home under the framework of Productive Families Programme. Later on, Ghamrawi managed to get a loan from Torathuna Social Responsibility Company with the support of the National Commercial Bank.

Ghamrawi also clarified that Zmakan is considered one of the leading commercial shops in the Kingdom, as it contains 4,000 home-grown special designs for artistic creative products for all occasions and age groups. The bags, plates, cups, incense burners, bag belts, T-shirts and artistic furniture pieces are all inspired from the local culture.

She registered the brand under the name Zmakan, and out of her sense of social responsibility, Ghamrawi has dedicated spaces within the store for junior entrepreneurs and those who have local brands/products but do not have their own stores to display and sell their products.

Ghamrawi is providing training courses for productive and talented families in the field of artworks, in cooperation with ‘Ahalina’ Social Responsibility Programme of the National Commercial Bank and the Sleysla Centre for productive families of the Al-Faisaliah Association.

In 2018, Ghamrawi managed to form alliances with several entities to distribute her products in a number of prestigious marketing outlets such as King Abdul Aziz Airport in Jeddah through NCB’s Ahalina store and Virgin Stores at King Khalid Airport in Riyadh and King Fahd International Airport in Dammam. In addition, she also makes a variety of products under the name of King Faisal Specialist Hospital gift shop in Riyadh.