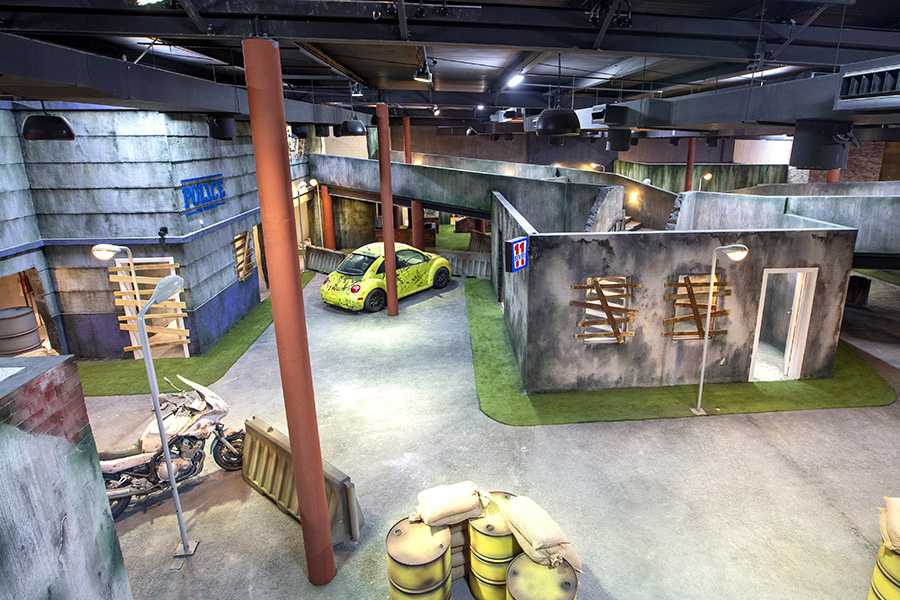 One of the newest additions to the UAE’s leisure and entertainment landscape is Xstrike, a live-action combat simulation concept, which opened in Al Quoz 4 in December 2019. Bridging the gap between traditional paintball and laser-tag, Xstrike utilises weapons systems and software from iCombat, a US-based company specialising in live-action combat simulation experiences.

The Xstrike experience takes place in a 31,000 sqft facility, in two uniquely created playing fields, closely mimicking a Hollywood-style movie set, which gives customers an immersive and ultra-realistic feeling. The facility can accommodate up to 80-85 players on both fields, while more people can view the games and wait for their turn. 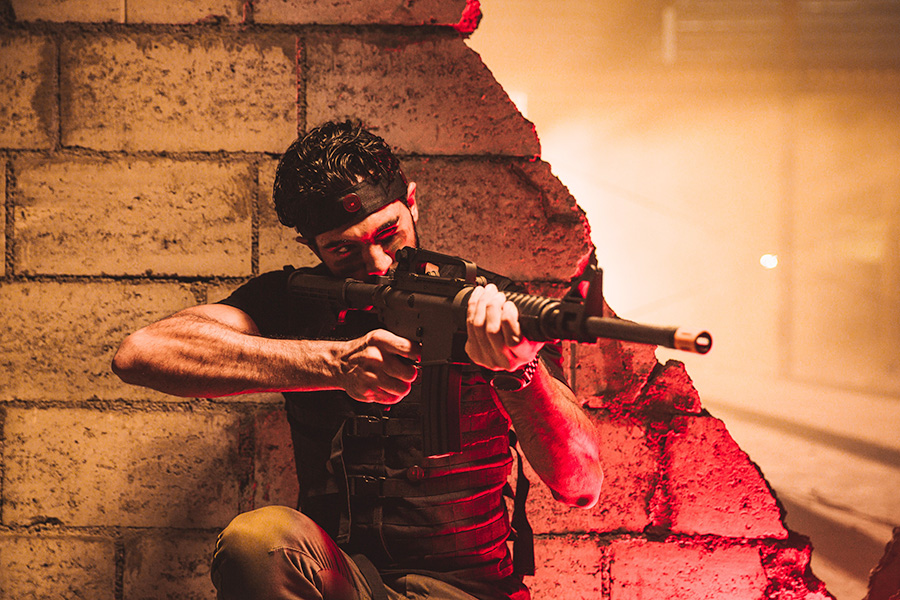 Commenting on how Xstrike came together, Sameer Ali, co-founder and managing partner, Immersive Experiences, said, “My brother and I grew up playing video games. Back in those days, we would go to network game cafés over the weekend; it was a big part of our childhood and adolescence days. We were thrilled to come across the iCombat weapons systems, software and the online cloud service. It took us back to our childhood days. Their equipment replicates the form and fit of the most popular assault rifles in the world. We felt this was our chance to recreate an environment wherein those who like to play such games aren’t restricted to the computer only; they can experience it in real life.”

The core of Xstrike is built on three pillars. First, the weapons systems are hyper-realistic, closest to live combat experience, but in a safe environment. Second, it is an immersive environment featuring unique Hollywood-style movie sets, including a post-apocalyptic themed city and a bombed-out subway as well as an authentic military-themed base camp. Finally, the software is an immensely powerful piece of the pillars.

Xstrike’s primary equipment set, which is the realistic combat simulation weaponry, is meant for those aged 10 and above. Besides that, there is a separate set of weapons, which work off the same software. While the corresponding fields are catering for those aged six years and below, the latter is designed on a superhero-based laser system. There is also a tactical line which the 8-12-year old and above can enjoy.

Since it opened, Xstrike has resonated well; its visitor base – comprising 65% male and 35% female audience across age groups and professions – returning to the facility often. “In a standalone location, repeat customers are an integral part of the business model. In January, we saw some customers visit Xstrike seven times in three weeks. They have described Xstrike as ‘addictive’. Since mid-December 2019, we have over 2,000 unique registered players at Xstrike,” Ali shared.

Going forward, Xstrike is keen to build a strong community in Dubai. “Our idea is to convert strangers into friends by the time they leave our facility. This can create a snowball effect; wherein different groups will challenge each other. And we are already seeing it. We would also like to encourage people to get up from their chairs and visit Xstrike for exercise and workout sessions. In a single session at Xstrike, you can lose upwards of 700 calories. We would also like the e-sport market to warm up to Xstrike,” Ali observed.

From a market perspective, Xstrike sees Saudi Arabia as promising after the UAE. “We are having advanced discussions to introduce Xstrike in Riyadh. We are keen to explore Oman and Qatar too. Our goal is to strengthen the Xstrike community across borders,” Ali revealed.