WOK BOYZ homage to the UAE 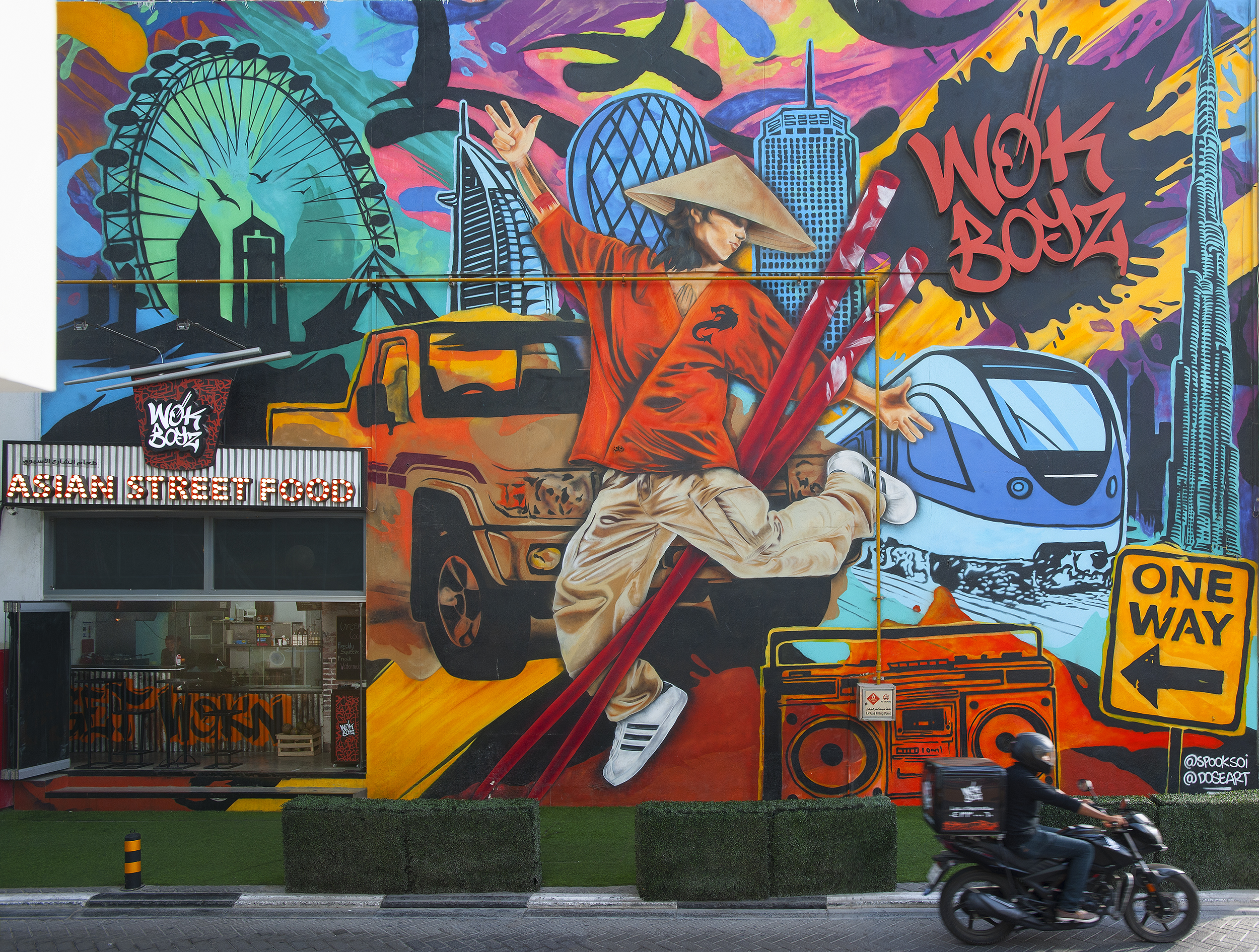 Home-grown Asian street food concept WOK BOYZ has commissioned a mural outside its Sheikh Zayed Road location paying homage to the UAE. Iconic UAE attractions and sights feature on the mural, including the Burj Al Arab, the ALDAR Building in Abu Dhabi and the ‘win, victory and love’ sign immortalised by His Highness Sheikh Muhammad bin Rashid Al Maktoum – Vice President and Prime Minister of the UAE, and Ruler of Dubai.

Designed by renowned graffiti artist Berkem Seçgin, the mural fuses Asian influences with imagery of key locations from around the UAE, creating a landmark for visitors and residents alike. The wall represents the three founders’ undying love for the UAE, which is clearly emblazoned by the elements included in the revolutionary mural. Elements from the mural are offset by relics of Asian and urban culture, featuring chopsticks, a street dancer and a boom box.

The wall-art, much like the brand, seamlessly fuses two bold cultures and marries street art with street food to make a daring, urban statement. Its revolutionary design has made it a tourist attraction for the thousands of visitors flocking to Sheikh Zayed Road. The mural makes a nod to the future of Dubai’s legacy as well by featuring a completed version of the Dubai Eye. This piece of art forms part of the WOK BOYZ narrative as a Dubai-based food success story.