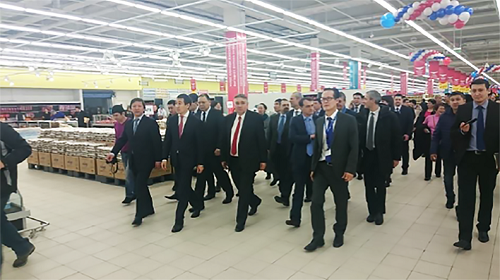 US retailers added 46,800 jobs in July, the highest in eight months, with consumers feeling more comfortable while spending money. Consumer spending, which accounts for about 70%of the economy, rose 0.5% in June. The Bloomberg Consumer Comfort Index has risen in six of the past seven weeks, reaching the highest level last week in more than five years.

According to the Labour Department data, general merchandise stores added 9,100 jobs last month, while building-material and garden-supply stores added 5,700. Clothing and accessories retailers added 4,300 jobs, a 0.3% increase from June. Confidence is being reflected among retailers that sell discretionary merchandise as well.

“The pattern of growth for retail has been positive and reflects that the consumer has a positive view of the world,” remarks Jack Kleinhenz, chief economist for the National Retail Federation. “But we are not going to see the consumer lift the economy on their own,” he adds.