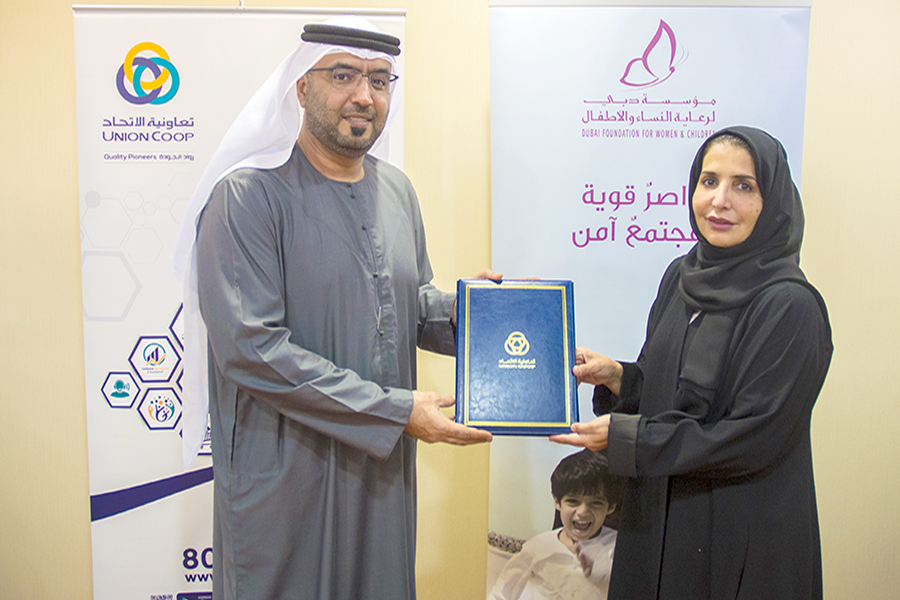 The first MoU states golden sponsorship for the World Day Campaign to reduce the violence against women and raise awareness about the issue, and the second concerns the expansion of green homes project that will contribute to provide a sustainable source of income to assist these groups, which are looked after by the foundation.

The agreement was signed between Afra Al Basti, director general of the foundation and Dr. Suhail Al Bastaki, director of happiness & marketing department, Union Coop. The signing ceremony was held at Etihad Mall in the presence of a number of employees from both sides.

While thanking Union Coop, Al Basti stressed on the importance of these two agreements in enhancing sustainable sources of income for the foundation to offer free care and shelter service to the victims of domestic violence and human trafficking of various nationalities, as well as supporting the efforts to reduce violence against women through the awareness campaign organised by the foundation.

“Union Coop is keen to support innovative campaigns and initiatives to contribute towards building a conscious society with sustainable and solid foundations,” Al Bastaki stated. “Union Coop with its strategic partnerships seeks to achieve a decent and prosperous living for the members of the society and ensure a steady supply of high-quality social services that contribute towards building an educated, friendly and a loving family environment.”