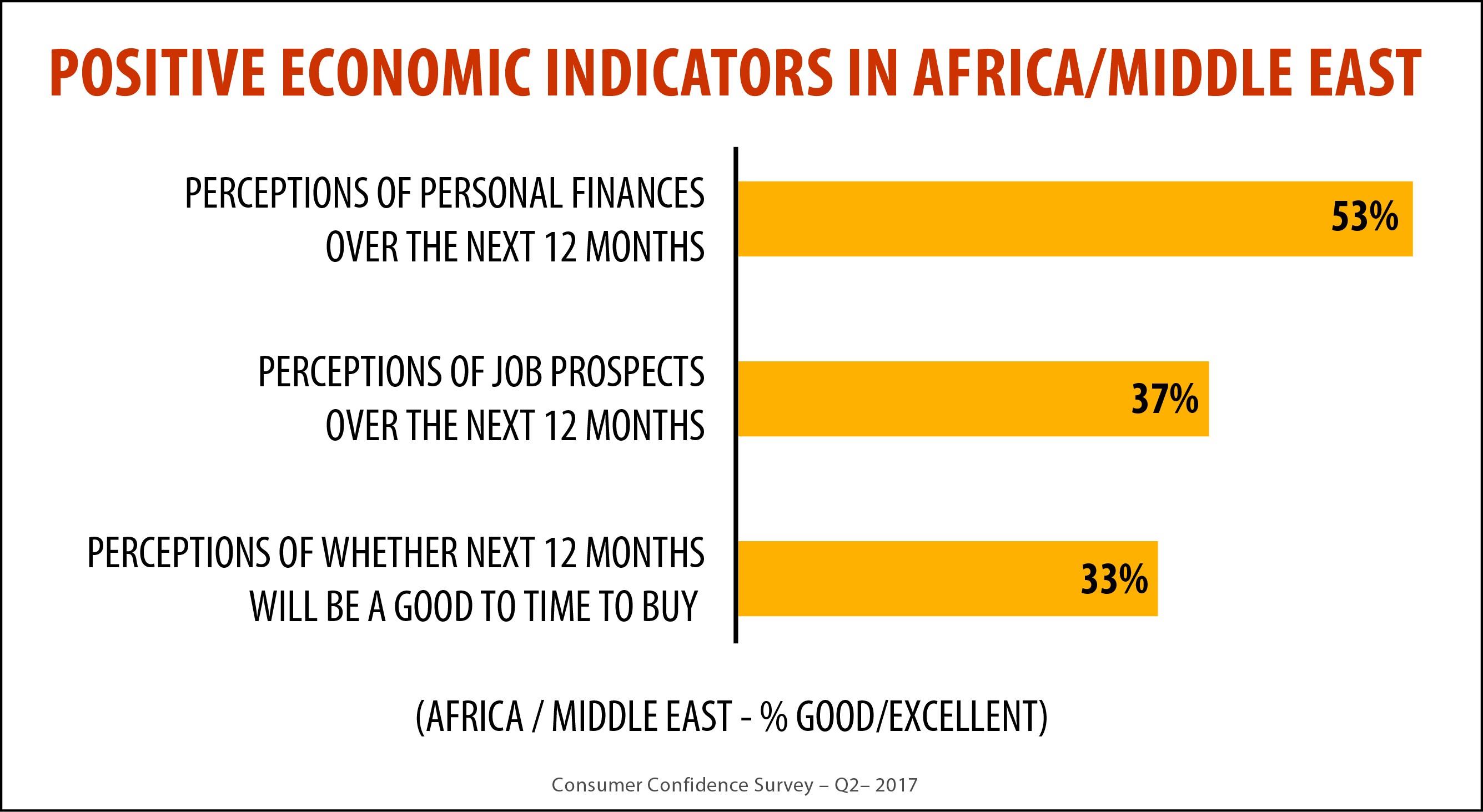 The United Arab Emirates (UAE) posted a consumer confidence increase of two points in the second quarter, reaching an index score of 110 — the highest in the region, indicates Nielsen Global Survey of Consumer Confidence and Spending Intentions.

The percentage of respondents who cited the economy as a leading concern declined two percentage points. Job security (43%), parents’ welfare/happiness (18%), children’s education/welfare (16%) and work-life balance (12%) topped the list of concerns cited by respondents.

“Once again, the UAE has maintained an index above optimism baseline, proving its resilience in consumer sentiment, showing early signs of recovery from the fall last year. Although not completely out of the woods, the trend is going on a positive track,” says Arslan Ashraf, managing director, Nielsen Arabian Peninsula and Pakistan. “Discretionary spending intentions are also on the rise, which further validates that there is a growing sense of improving consumer sentiment in the country. But at the same time they are also putting their extra cash into investments and savings.”

Africa/Middle East saw the greatest change globally, with the region’s consumer confidence index rising five points to a score of 88. Regionally, all confidence indicators improved in the second quarter of 2017.

More than half of respondents (53%) were confident that personal finances would be good or excellent in the next 12 months, which represents a six percentage point increase from the fourth quarter of 2016. Spending intentions increased two percentage points to 33%. Thirty-seven percent of respondents expected favourable prospects for jobs in the coming year, up from 34% in the fourth quarter of 2016, reflecting a positive outlook.

Established in 2005, the Nielsen Consumer Confidence Index is fielded quarterly in 63 countries to measure the perceptions of local job prospects, personal finances, immediate spending intentions and related economic issues of real consumers around the world. Consumer confidence levels above and below a baseline of 100 indicate degrees of optimism and pessimism, respectively.