UAE is second-most attractive retail apparel market in the world 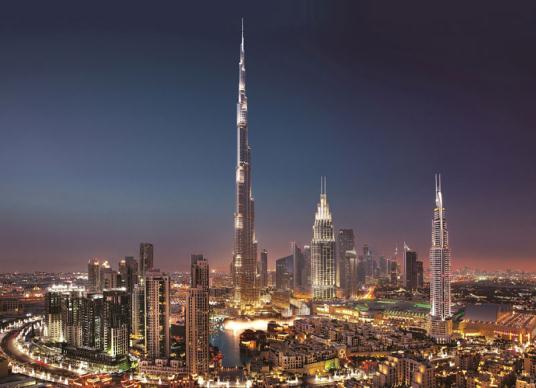 China, UAE and Chile are the world’s top three developing countries in terms of market attractiveness, retail development and country risk for their clothing retail industries, according to the AT Kearney 2013 Retail Apparel Index. The Apparel Index also includes a number of countries from Latin America and the Middle East showing that these regions continue to offer compelling opportunities.

The Middle East region remains an attractive retail apparel market with the UAE (#2), Kuwait (#4), and Saudi Arabia (#6) ranking in the Index. Many retailers are testing their operations in the UAE before expanding to other Middle East countries due to its ease of doing business, sizeable retail segment, large expat community and tourism. Several notable apparel openings occurred in the UAE in 2012, including Level Shore District, Prada, Muji, COS, Gap, Pomellato, Calvin Klein, Juicy Couture, and Destination Maternity. Bvlgari and Bloomingdale’s plan new stores in 2013 in Abu Dhabi.

China remains the top apparel market due to its market size and strong growth in clothing sales. Three trends have shaped China’s apparel market: the rise of e-commerce, a boom in fast fashion, and the evolution of the luxury market. Over the last year several fast fashion retailers have aggressively expanded in China. Uniqlo opened 65 stores in China in fiscal year 2012, bringing its total count to 145, and it plans to add 100 stores a year to reach 1,000 stores. H&M opened 52 stores in 2012 and Zara opened 37 stores. Gap has plans to open 35 stores in 2013.

China’s luxury market remains strong—it surpassed Japan to become the second largest luxury market in the world in 2012—but it is not growing as fast as in the past. A key reason is that a large portion of luxury purchases are made abroad, due to lower prices and a strong renminbi.

Latin America takes a strong position in the Apparel Index, led by Chile (#3), Brazil (#5), and Mexico (#9). Apparel retailers have aggressive expansion plans for the region. Gap, which currently has 36 Latin American stores (including 28 in Mexico and four in Chile), plans to open 30 more by 2014, including its first Brazilian store in 2013. Zara has 150 stores in Latin America (including 56 in Mexico and 39 in Brazil), including 12 new stores built in 2012.

Brazil is South America’s largest apparel market, with $42 billion in sales, compared to $14 billion for Mexico. The Brazil luxury market is forecast to grow to more than $48 billion by 2025. An issue for Brazil is that 80% of luxury purchases are made outside of Brazil due to import challenges, including high tariffs that increase the cost of imported products by almost triple relative to the United States and France.

The Retail Apparel Index is calculated by analysing three metrics. (1) clothing market attractiveness (60%): this includes clothing sales, clothing sales growth, youth and urban populations, and level of international presence; (2) retail development (20%): the retail development indicator includes share of modern retailing and sales area growth; and (3) country risk (20%): country risk indicators include political and financial risk; business readiness; and the business cost of crime, terrorism, and corruption. Within each metric, a country’s value is indexed from 0 to 100 to allow for relative comparison to be made across metrics.