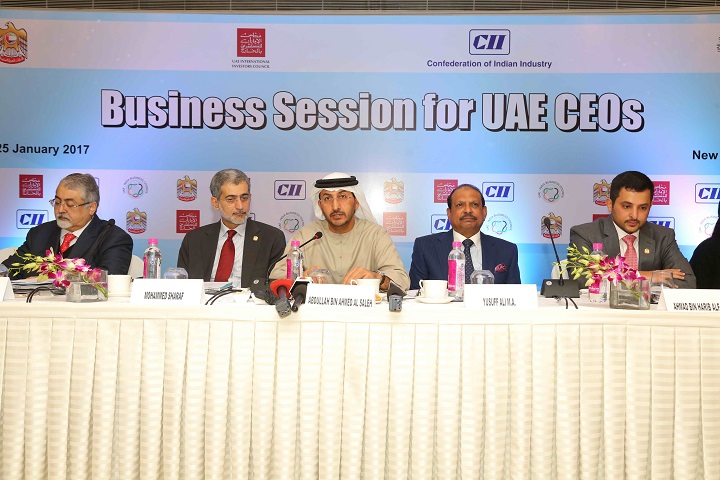 Ahead of India’s 68th Republic Day, the visiting delegation from the UAE – comprising top CEOs and business leaders from different sectors – were given comprehensive briefing about the current and future business scenario in India and changes taking place.

Attendees acknowledged the visible change taking place in the Indian economy and the positive sentiment in the market due to initiatives such as ‘Make in India’, ‘Skill India’ and ‘Digital India’ to name a few.

The UAE had last year announced $75 billion investment in India, is already involved in many projects and many new ones are expected to be finalised soon.

“We are keen to further strengthen our age-old relationship between both the countries and would like to explore new sectors to invest in. Lulu’s portfolio of investment in India is around INR12000 crore ($2 billion), which is primarily into shopping malls, hotels, convention centres and food processing in Kerala, Uttar Pradesh, Gujarat, Telengana and Andhra Pradesh,” emphasises Yusuffali.

Some of the key sectors in India being considered by the UAE investors are infrastructure, railways, airports, defence, IT and space.