The LEGO IMAGINE Show getting ready for launch 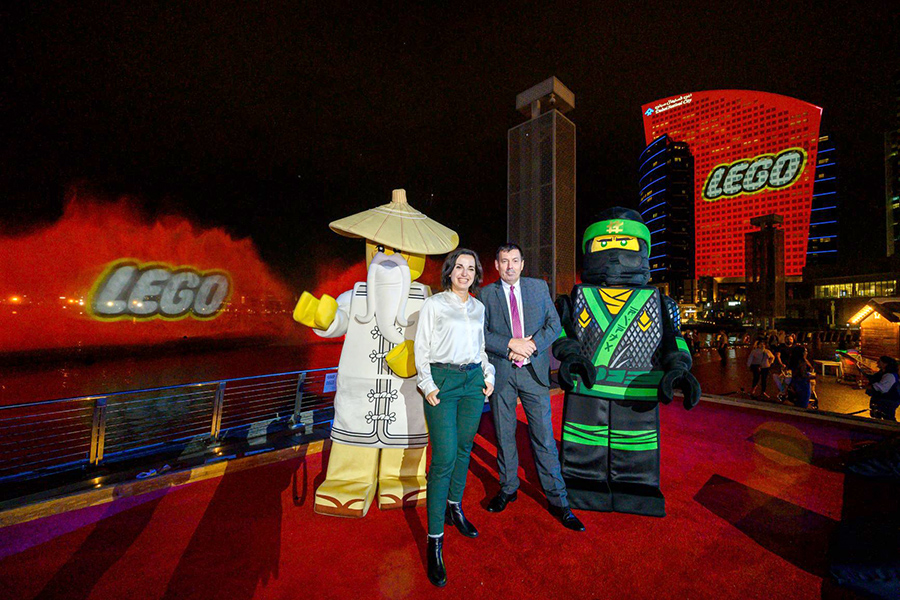 The LEGO Group and Dubai Festival City Mall are joining forces to deliver a first-of-its-kind experience to the Middle East through ‘The LEGO Festival & IMAGINE Show’. The LEGO IMAGINE Show set to launch exclusively on January 8, 2020 is the largest event organised in a shopping mall by LEGO to date.

The partnership will see the launch of Festival City’s newest IMAGINE Show: ‘LEGO Ninjago Show’, which will be IMAGINE’s first branded content experience.

“The LEGO Group was our first choice to work with. The brand is globally recognised as continually innovating and constantly reinventing itself. We wanted to be able to create a 3-dimensional show through IMAGINE that would transform the LEGO Group’s characters like never before seen for audiences,” said Steven Cleaver, director, Shopping Centres Dubai, Al-Futtaim Malls.

The IMAGINE Show will tell the story of one of LEGO’s most popular themes, LEGO Ninjago, which presents a captivating world where brave young ninjas face down the forces of evil. Audiences will experience the heat of Kai’s fire, feel Nya’s water and interact with Lloyd’s green energy through laser lights and fire jets; with the power of IMAGINE bringing these elements to life for audiences to experience first-hand.

‘The Festival and IMAGINE Show’ has been in construction for over 18 months with entertainment teams from both LEGO and Festival City Mall working together to animate a live show that will play daily at Festival Bay.

“The LEGO Group is committed to introducing fun and engaging experiences that families can enjoy together. Having expanded our presence in the Middle East this year with the opening of our new office in Dubai, our primary focus is to bring locally relevant initiatives to the region. Airing on Cartoon Network in English and in Arabic for the past 9 years, LEGO Ninjago is one of the most popular shows among children in the UAE and the Middle East. Our partnership with Al-Futtaim Mall Festival City allows us to create a new channel for this much-beloved experience to come to life for wider audience through IMAGINE. We look forward to showcasing what we have in store to the Dubai Festival City Mall shoppers,” added Urszula Bieganska, head of marketing, LEGO Middle East & Africa.