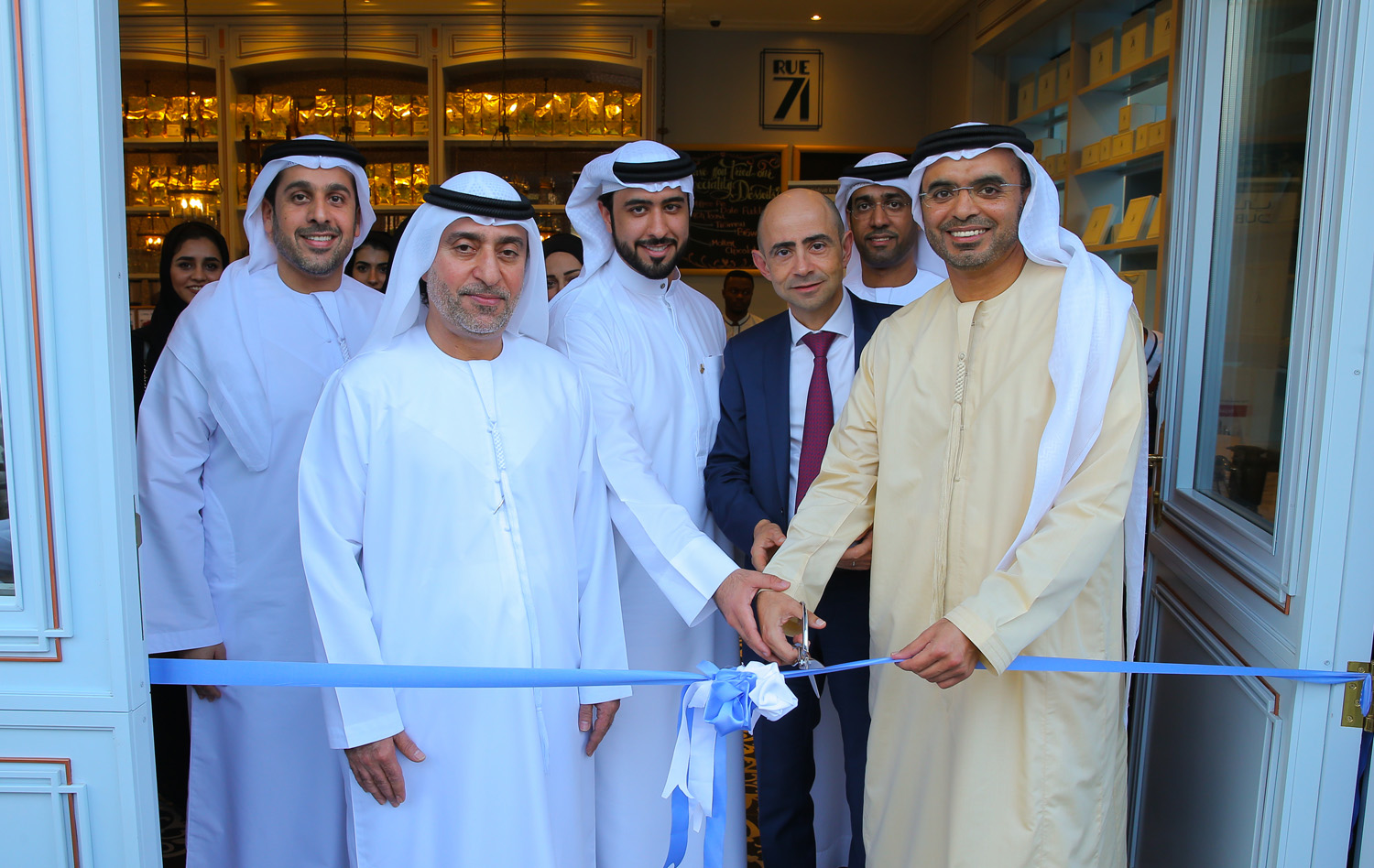 The café, which is the first commercial project to be launched this year by Tejar Dubai, offers healthy interpretations of delectable French desserts as well as gourmet teas, coffees and juices, all served within an elegant and artistic space.

Al Ghurair explained that the launch of new business venture reflects the strong commitment of Dubai Chamber to support young Emirati entrepreneurs by helping them take their first steps into the business world and providing them access to growth opportunities. The project demonstrates the ability of young entrepreneurs to turn their vision and creative ideas into a reality, adding that such ventures also contribute to Dubai’s economic growth.

Al Shirawi, on the other hand, emphasised the tremendous success that Tejar Dubai has witnessed since it was first established in 2013. A total of 26 commercial projects have been launched to date, while the programme was also opened to winners of the Dubai Smartpreneur Competition, another initiative launched by Dubai Chamber last year.

Al Muhairi shared that his inspiration for RUE 71 came during his time as an undergraduate student at the American University in Dubai when he was asked to a create and build a new business concept. He explained that his participation in Tejar Dubai was critical in developing his business, and he later managed to secure funding from a local bank through the programme.

He also revealed his ambition to expand within the local F&B sector and eventually turn his company into a global restaurant chain. Al Muhairi also plans to encourage other young entrepreneurs in the country to pursue their goals through a new social media initiative.

Tejar Dubai, on its part, provides young Emirati entrepreneurs with access to an extensive development programme, including classroom learning, on-site training, mentoring and business advice, as well as networking opportunities with local and international business leaders, and access to investment capital.

French bistro Cassette to open at The Courtyard in Al Quoz

Cassette café is all about French flair

Do your best or don’t do it, says Sara Al Madani

Starbucks aspires to be resource-positive