Shurooq and Mabanee partner to develop retail project in Sharjah 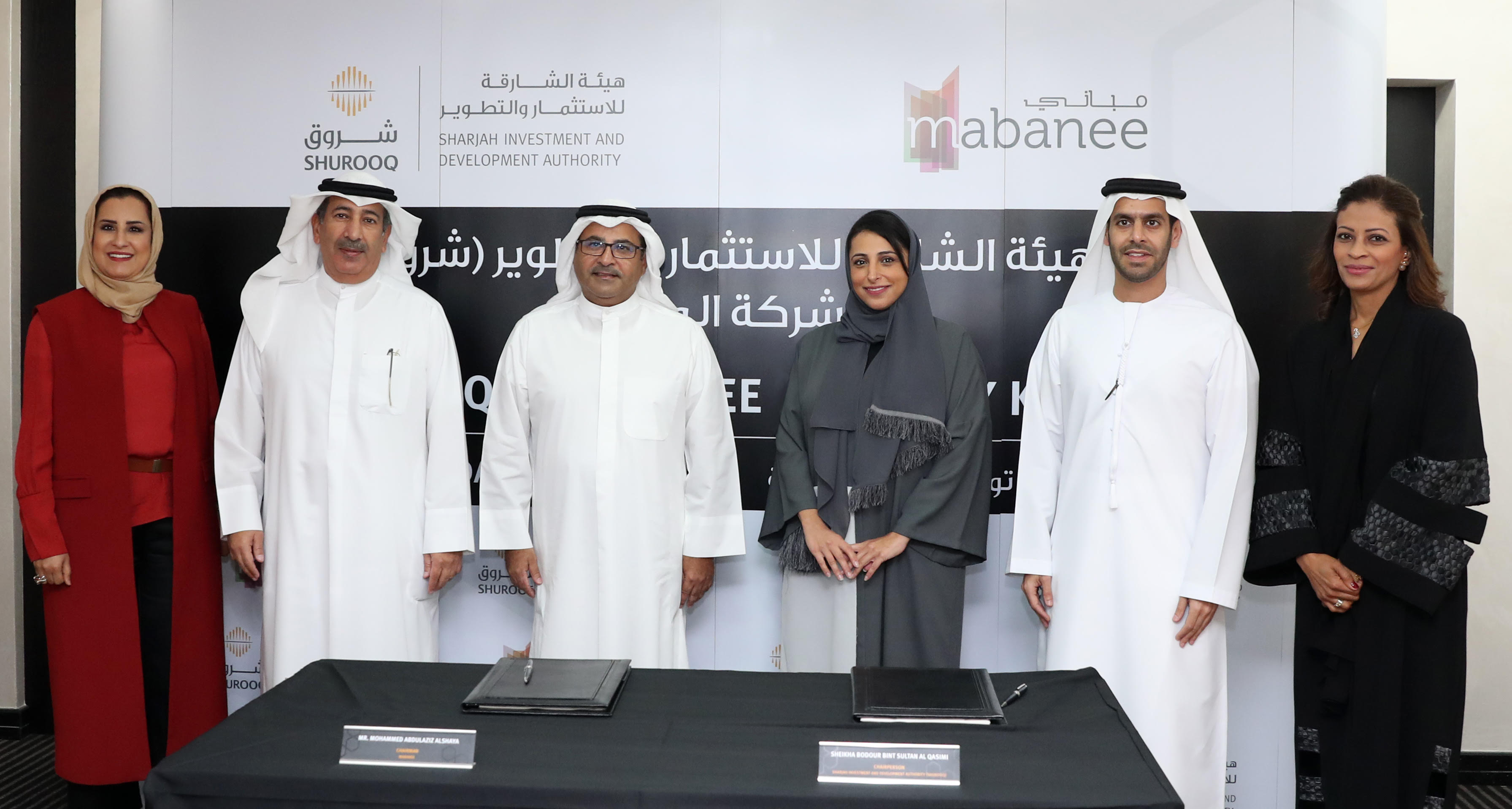 The new partnership was formed during an agreement signing which took place on February 18 between Sheikha Bodour bint Sultan Al Qasimi, chairperson of Shurooq and Mohammed Abdulaziz Alshaya, board chairman of Mabanee, in the presence of several executives and representatives from both parties.

Covering 699,655 sqft, the new development in the Mughaider area aims to transform the area into a premium tourist and leisure destination for Sharjah’s residents and visitors. Strategically located on Sheikh Mohammed bin Zayed Road, one of UAE’s major transport arteries connecting Sharjah with other emirates, the project will deliver enormous potential for retail and leisure opportunities.

The development will house world-class stores, restaurants and cafés and high-end recreational facilities. The new project will be developed and managed by ‘Mabanee’, the name behind successful projects such as ‘The Avenues Kuwait’ and ‘The Avenues Bahrain’.

The project also aims to provide valuable investment opportunities in commercial, residential and tourist sectors as a vehicle for domestic and foreign capital. Further details of the project will be unveiled at a press conference in the presence of representatives of Shurooq and Mabanee.

“Sharjah maintains its status as a prime investment destination within the region and in keeping with its strategic plan, Shurooq constantly looks to explore ways to forge new partnerships with top investors,” says Sheikha Bodour Al Qasimi. “This project aligns perfectly with our economic and community vision to create integrated developments. Through our partnership with Mabanee, we look forward to reinforcing and realising that commitment, drawing on the company’s vast experience which will support Sharjah’s diversified economy.”

“As the largest real estate company in Kuwait, Mabanee sees investment opportunities in the UAE, especially Sharjah, as a new horizon for its business growth. This approach draws on the immense success of our flagship project ‘The Avenues Kuwait’ and extends our business operations even further beyond Kuwait to Saudi Arabia and Bahrain where ‘The Avenues Bahrain’ was inaugurated in October 2017. Work is currently underway on ‘The Avenues Riyadh’ and ‘The Avenues Al Khobar’, with total investments of more than $5.5 billion,” adds Alshaya.

“Sharjah was very much among the choice for us as a new project in light of its investment–friendly environment, sophisticated infrastructure and legislative framework. As a strategic partner, Shurooq offers us substantial support and incentives and we look forward to a new phase of broader cooperation on other projects in the future,” he states.