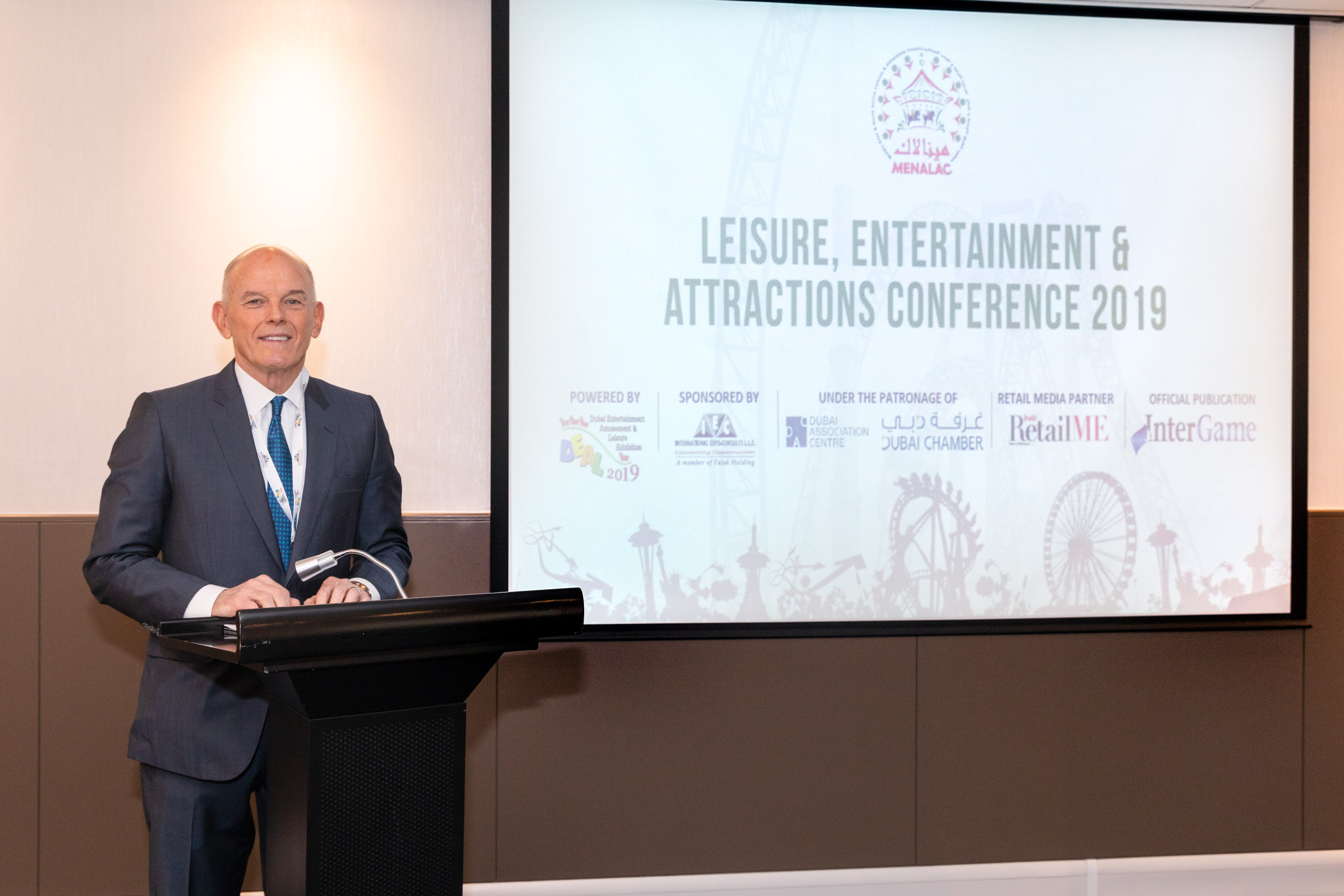 Ernest spoke about how SEVEN is changing the face of entertainment in Saudi Arabia. SEVEN is behind the Kingdom’s first cinemas to open there in more than 35 years, in a ground-breaking partnership with US-based AMC Group, one of the largest cinema operators in the world.

He mentioned that Saudi Arabia’s travel and tourism sector accounted for some $65 billion of the Kingdom’s total GDP in 2016. The sector already contributes more than automotive, manufacturing, agriculture and banking sectors. He said travel and tourism in the Kingdom sustained over one million direct, indirect and induced jobs in 2016, and that the sector expanded by a massive 38.2% between 1997 and 2016.

With employment generation being a key tenet of the Vision 2030 Vision, Ernest mentioned, “Our offerings will create exciting new roles for ambitious young Saudi nationals. We will need to provide training in new skill sets. While employing locals, we also want to create friendly, awe-inspiring environments where Saudi nationals will want to spend quality time with their family and friends.”

According to SEVEN, the company’s projects are expected to serve more than 50 million visitors, provide more than 22,000 direct jobs and contribute to the GDP by approximately SAR 8 billion by 2030.

He stressed SEVEN’s key role in the new entertainment era sweeping the Kingdom, “Through our role as investor, developer and operator of various entertainment offerings Kingdom-wide, SEVEN aims to be the leader in Saudi Arabia’s entertainment ecosystem. We aim to facilitate the presence of both international and local brands, and in doing so, become the national entertainment champion.”

“We are here to enhance the quality of life of Saudi nationals and residents and meet their recreational expectations and needs. Things are happening fast, and SEVEN is proudly a driving force of Saudi Arabia’s newest sector,” Ernest concluded.