Seasonal factors impact retail jobs in the US 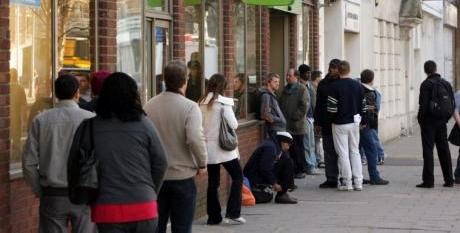 US-based retail trade association The National Retail Federation (NRF) has calculated retail employment was down by 21,600 jobs in January in spite of recording an increase of 230,000 jobs year-over-year. December retail employment figures were revised to show a gain of 57,000 jobs.

“While it is always positive to see an increase in private sector hiring and a decrease in unemployment, it is alarming that employment can’t shift into a higher gear,” says NRF president and CEO Matthew Shay.

“Despite seasonal factors at play in the January employment report, it remains incumbent on policymakers to lead the nation’s recovery and move beyond partisan disputes over raising the debt ceiling and refocus attention on patent, tax and immigration reform, which will spur economic growth, opportunity and job creation,” adds Shay.

“Once again the jobs report was disappointing and weather was a major factor,” observes Jack Kleinhenz, NRF chief economist. “Even though employment gains in the retail sector declined for the month due to severe winter weather and additional seasonal factors, the economy is primed for a rebound. The decreases in retail jobs were mostly localised and focused on specific categories, especially sporting goods, hobby, book and music stores.”

The Bureau of Labour Statistics Employment Situation report showed that January total nonfarm payroll employment rose by 113,000 with the unemployment rate at 6.6% and the labour force participation rate at 63.0%.