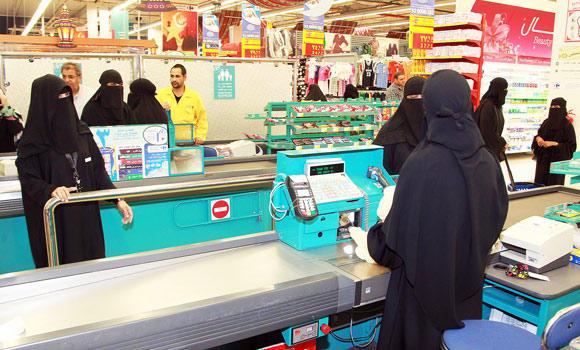 Saudi women working at malls and commercial retail centres claim that despite several requests to the Ministry of Labour demanding that they be provided with resting rooms to sit in during their breaks, no steps have been taken. As female employment in malls increases, there is a serious need to create suitable working conditions for women.

Ministry of Labour spokesperson Hattab Al-Anazi had earlier said that such regulatory issues are the responsibility of the shop and commercial centres’ owners. “The Ministry cannot force them to implement regulatory measures. That being said, the Ministry emphasises the necessity of offering rest spaces for female employees in order to guarantee a suitable working environment for them.”

Dalal Kaaki, a Saudi businesswoman and member of the Makkah Chamber of Commerce and Industry (MCCI), pointed out that several malls in Riyadh lacked basic spaces for saleswoman to rest in. “Women working at these places seriously need resting spaces. I have noticed that most of these saleswomen use the mall’s female bathrooms and customer’s changing rooms just to have their coffee,” she says. However, she explained that when the decision to employ women was implemented, most of the commercial malls were already built, which is why separate resting rooms for women were not established.