Samsung Pay’s drive towards cashless future in the UAE 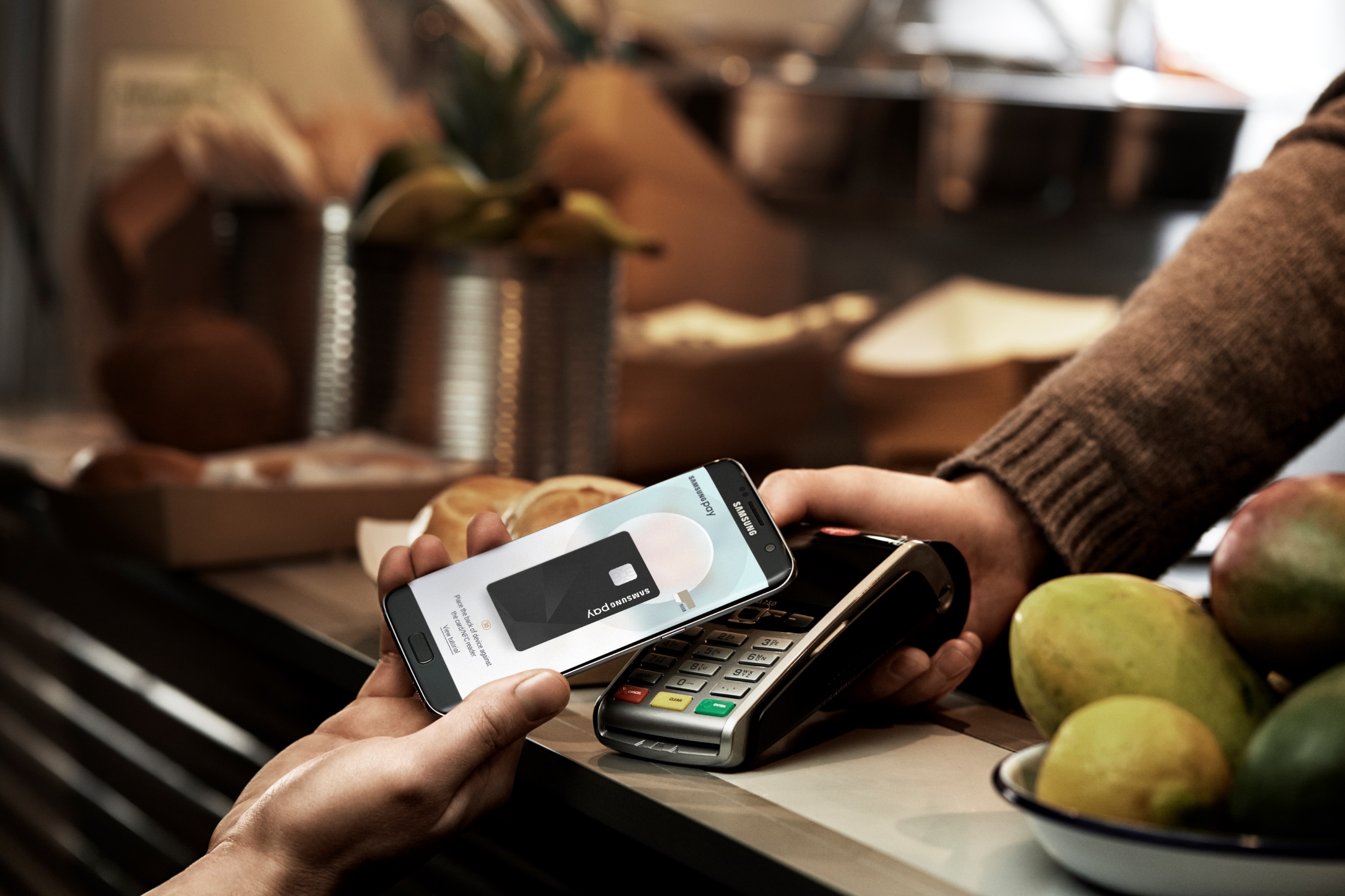 Samsung Gulf Electronics has announced the early access phase for Samsung Pay – a mobile payment service that works as a credit or debit card – in the UAE.

Samsung is currently working with a number of banks in the UAE to carry out the initial testing stages including Mashreq Bank, ENBD, NBAD, ADCB, RAK and SC.

Samsung Pay is the only mobile wallet that allows users to pay with Samsung eligible smartphones at terminals where they can swipe or tap using a debit or credit card. The safe and secure payment system protects user’s information with a fingerprint or PIN authentication. During the early access stage, Samsung will be establishing its Samsung Pay services with a number of banks in the UAE, and will announce the official access date of the contactless payment service.

Prior to the UAE, Samsung Pay has been launched across twelve different countries, allowing Samsung smartphone users to make convenient contactless payments at their favourite outlets with card machines.

“Since the introduction of Samsung Pay, we have seen great momentum and experienced significant consumer adoption in the countries where it is now active. We are excited to be in the early access phase of bringing this service to the UAE and we hope to introduce this value-added service to the entire public permanently very soon, in order to drive and lead innovation in mobile commerce. In addition, Samsung Pay also provides consumers in the UAE with a safe, smart and better mobile wallet,” says Mohammad Gharaibeh, head of IT and mobiles (B2B) division at Samsung Gulf Electronics.

“Once launched, Samsung Pay will be accepted wherever you can swipe or tap your credit card in the UAE and the merchants do not need to upgrade their existing terminals. UAE Samsung smartphone users will be able to perform transactions at almost any merchant in a simple, convenient and secure manner, without having to use a plastic card. The mobile service is secure and compatible with the latest Magnetic Secure Transmission (MST) and Near Fields Communication (NFC) technologies. Smartphone users will be able to use Samsung Pay at their favourite chains, as well as thousands of independent shops,” he adds.

A mobile-first approach is key

Meraas enables contactless payments across all its destinations

Samsung unfolds the Galaxy of innovation