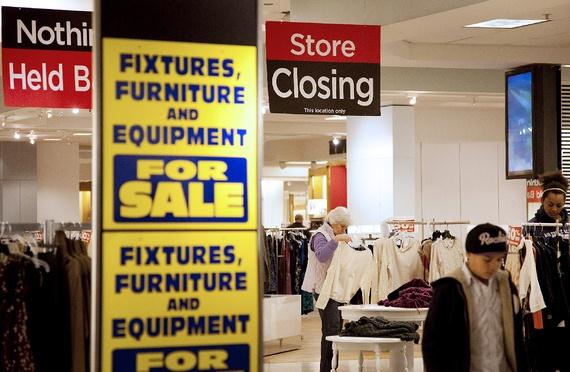 The National Retail Federation (NRF) calculated retail employment down 6,700 in February yet up 205,500 year-over-year. The biggest job losses were seen in electronics and appliance stores, sporting goods, hobby, book and music stores. December and January retail employment figures were also revised downward. The US Bureau of Labour Statistics Employment Situation Summary showed that February total nonfarm payroll jobs rose by 175,000 with the unemployment rate at 6.7% and the labour force participation rate at 63%.

“While there are signs of modest momentum in the economy, now is not the time to play partisan politics with the recovery by forcing federal mandates on retailers and small business owners like an increase in the minimum wage. Such policy decisions could hamper economic growth and actually drive up the unemployment rate,” says Matthew Shay, president and CEO of NRF.

“Retailers continued to rearrange and maximise their payrolls and inventories following the holiday shopping season,” observes Jack Kleinhenz, NRF chief economist. “This decline should be temporary in nature and viewed as a speed bump. We really need to lift the snow screen to adequately measure the economy and jobs situation.” “We remain optimistic for continued economic and employment gains this year and are encouraged by the growth in construction jobs and building material employment last month, which suggests a forthcoming improvement in residential and non-residential spending along with household and business confidence,” adds Kleinhenz.