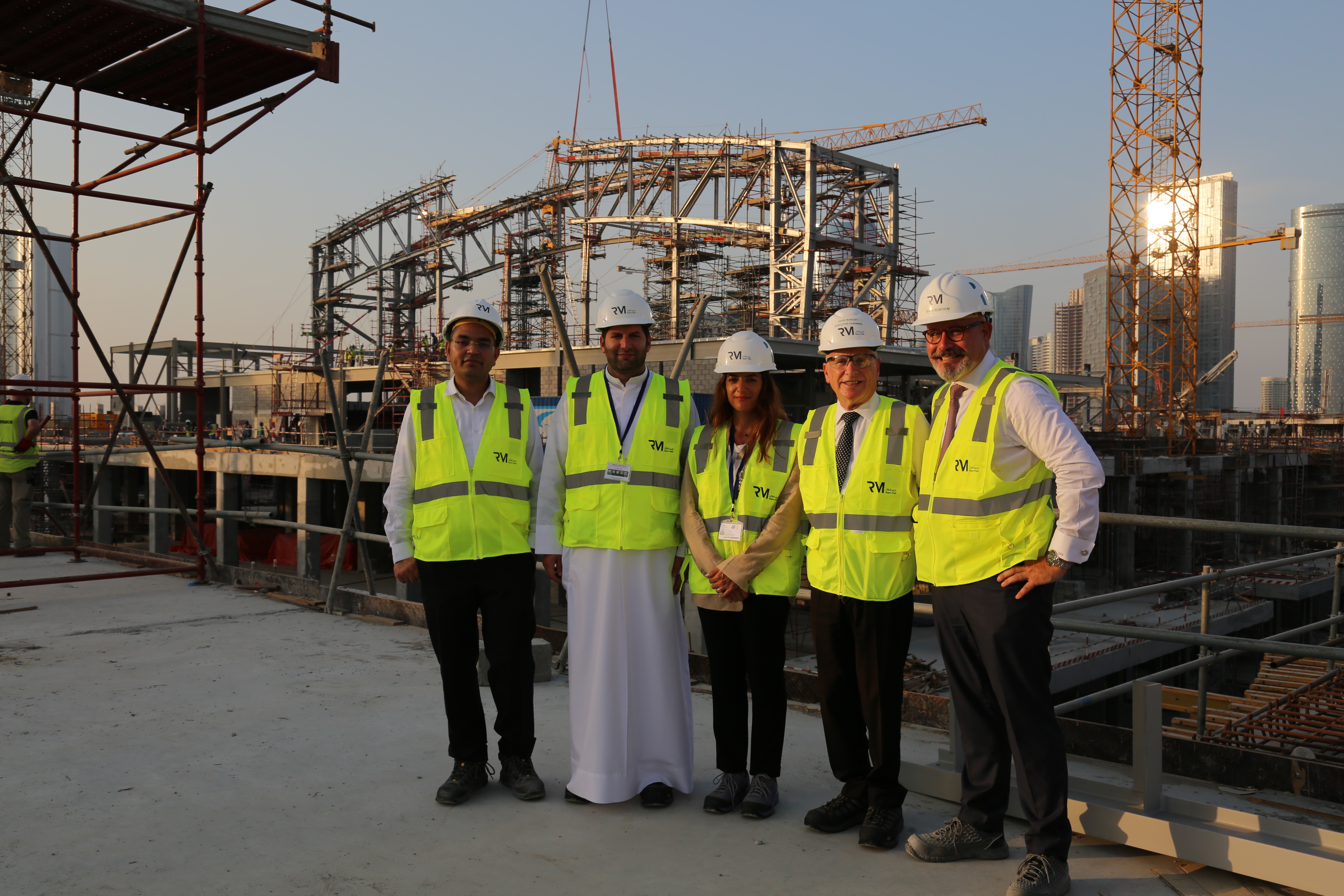 Abu Dhabi-based Reem Mall, which will be fully digitally enabled smart shopping mall, was officially topped out this week after construction reached the highest point for the new mall structure. The topping out is the latest milestone reached on site over the past 18 months.

With 14 tower cranes continuing to keep the project moving 24 hours a day, over 350,000 of concrete have now been poured across eight levels of structure and 753,475 sqft of concrete slabs have been installed.

Positioned on Reem Island – right in the heart of ‘new’ Abu Dhabi – Reem Mall will become the beating heart of a completely new destination with 2 million sqft of retail, leisure, dining and entertainment choices. And, from the introduction of the region’s first fully digitally enabled smart shopping centre aligned with an integrated 23,000 sqft logistics hub and connected warehouses to a large snow play park, Snow Abu Dhabi, it is set to surprise and excite every step of the way.

“Reem Mall has witnessed continued progress over the past year and a half thanks to the hard work and dedication of the entire project team. Seeing it reach its highest point is a truly fantastic milestone. With significant construction progress continuing on site every day, Reem Mall is visibly rising to take its place amongst the top retail, leisure and entertainment destinations in the UAE and beyond,” said Sultan.

“This is a massive milestone we have achieved here. Infrastructure piling works are just a matter of weeks from completion, with pile caps and bridge piers for the flythrough that will give seamless access to the mall. We look forward to delivering this world-class destination, to the people of Abu Dhabi and the wider UAE,” added Eldstrom. “To date, over 6,300 tonnes of steel structural frame has been erected. Fabrication is progressing in areas such as Snow Park plant rooms, link bridges and the cinema which has reached 98% completion. Moreover, escalators and elevators continue to be installed at a rapid pace with over 50% of vertical transportation equipment now installed on site. Fit out works have commenced with ceilings, lobbies, granite flooring, plant rooms and bathrooms all in progress. We look forward to the next phase of this exciting project for Abu Dhabi and the wider region.”

Reem Mall is developed by Al Farwaniya Property Developments. The site is located in the Najmat District on Reem Island, the new heart of Abu Dhabi. Reem Island is planned to have a population of 200,000 at completion.