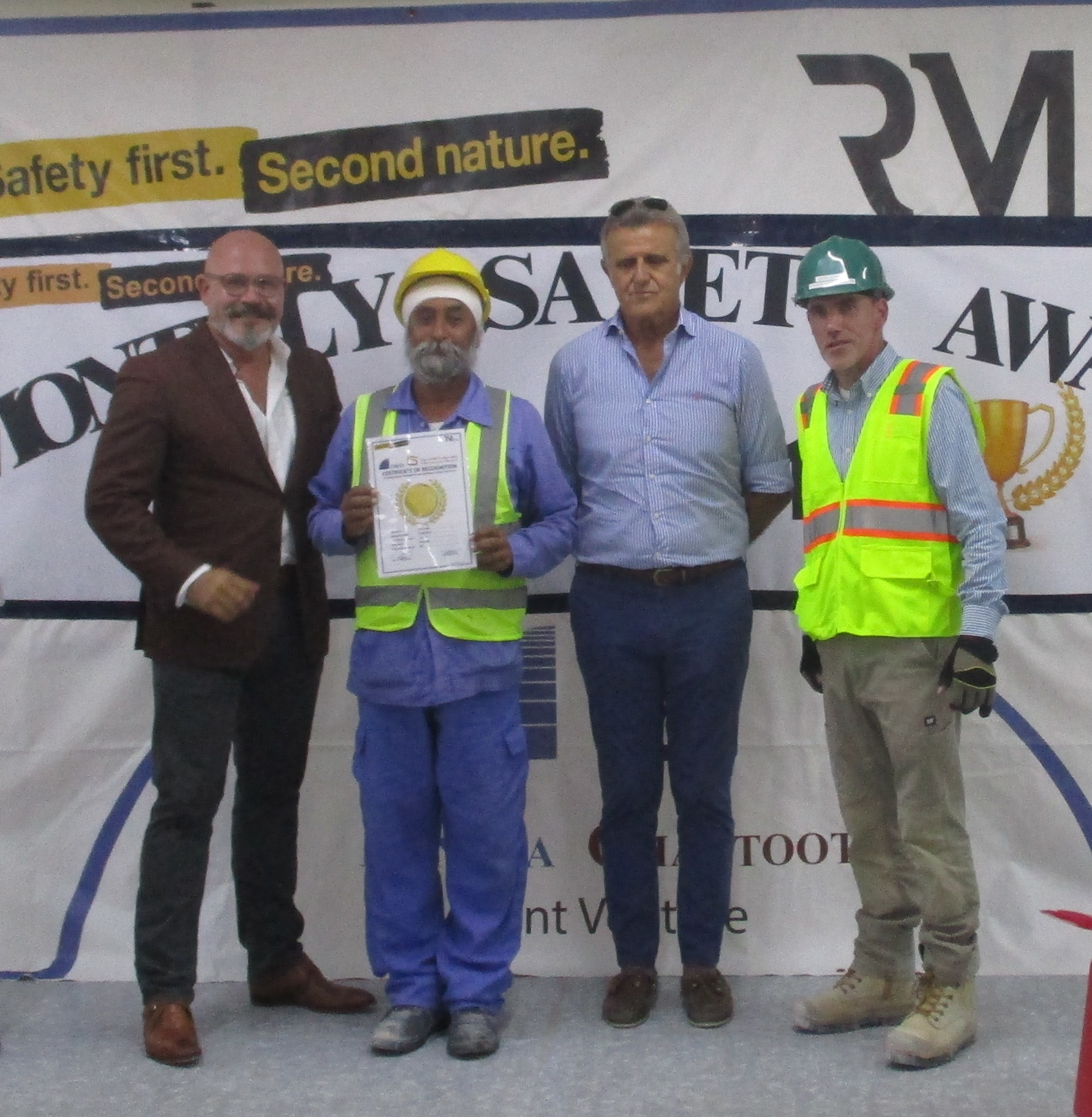 In line with its commitment to promote health and safety standards, Al Farwaniya Property Developments – the developer behind Abu Dhabi’s Reem Mall – has launched a unique new awards programme for its staff and contractors.

The Reem Mall Health and Safety Awards is a new platform that showcases the importance of safe building practices to the contractors, consultants, company employees and site workers involved in delivering the $1.2 billion project.

The initiative will see an award and prize presented monthly to a worker in recognition for showing outstanding commitment to health and safety standards or for directly contributing to the health and safety of their colleagues. In addition, the project runs a series of monthly rewards programmes such as the Group award, which recognises safety awareness in teams.

Maintaining the highest health and safety standards is a key priority for Reem Mall developers as construction on the major retail and leisure destination continues to progress. The construction for the project commenced in late 2017, with the foundation stone laid earlier this year. As of October 2018, 16 tower cranes have been erected and over 163,500 sqm of reinforced concrete have been cast in place.

“At Reem Mall, the health, safety and welfare of our workforce is given the highest priority, and the new awards initiative is an important part of our commitment to the highest industry standards,” says Shane Eldstrom, CEO, Al Farwaniya Property Developments. “From the very start of the project, we have been working with a specialist health and safety consultant, 4See, to oversee the health and safety directly on behalf of the employer. Working together with our main works contractor, Itinera Ghantoot JV, we have implemented a number of unique health, safety and welfare initiatives such as a 24-hour medical clinic, a 2,000-worker cool room to provide relief from weather conditions and a dedicated facility on site for ongoing safety training for workers, sub-contractors and staff. We now look forward to further enhancing the health and safety education and commitment of our staff and contractors as we progress towards delivering Abu Dhabi’s newest retail and leisure destination.”

Reem Mall site is located in the Najmat District on Reem Island and is part of the residential and commercial master development by Reem Developers. Reem Island is expected to have a population of 200,000 people when fully built out.