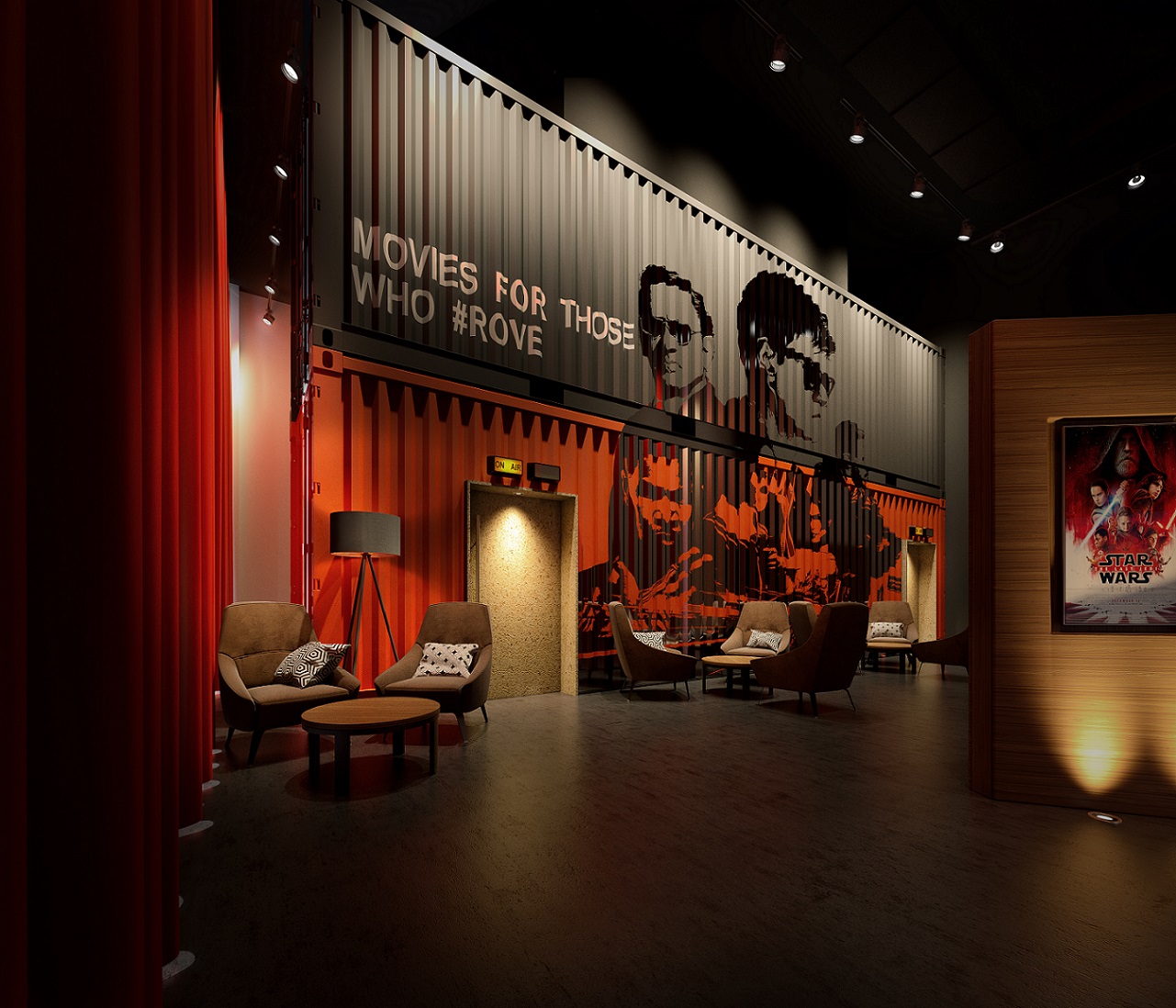 Emaar Entertainment’s cinema concept, Reel Cinemas, will introduce a brand-new concept – the first hotel-cinema in Dubai – at Rove Downtown hotel in Downtown Dubai. Reel Cinemas – Rove Downtown will add to the convenience of hotel guests, catering to the needs of contemporary travellers and urban residents.

Scheduled for completion in the first half of 2018, the boutique Reel Cinemas – Rove Downtown will have only 49 seats underpinned by the standards Reel Cinemas have set with state-of-the-art audio-visual technologies.

Highlighting Rove Hotels’ intrinsic focus on design, Reel Cinemas – Rove Downtown will build on Rove Downtown’s ornate charm with stylised seating and a distinct inner-city vibe. With ticket price covering popcorn and a soft drink, the new location is set to be the go-to location for urban travellers and discerning residents, as it screens blockbuster titles as well as alternative content such as football and regional cinema.

Commenting on the upcoming hotel-cinema, Damien Latham, CEO, Emaar Entertainment, says “Reel Cinemas is altering preconceptions of what movie-lovers expect from a cinema while diversifying the cinematic offering to suit every mood and occasion. By pioneering innovative trends, we’re changing the face of entertainment in the region with the new hotel-cinema concept. We are committed to delivering exceptional entertainment experiences and in taking the region’s cinema landscape to the next level.”

“Rove Hotels is for the contemporary traveller who values culturally inspired settings in a vibrant social hub. As the first hotel under Rove Hotels, Rove Downtown has defined its niche in an exceptional location and effortless connectivity to business and leisure destinations in the city. With the addition of the first hotel-cinema, Rove Downtown is raising the bar in its offerings and delivering added-value for our guests,” adds Olivier Harnisch, CEO of Emaar Hospitality Group.

“The opening of Reel Cinemas – Rove Downtown by region’s leading entertainment provider brings a new dimension to the hospitality industry. It marks the integration of all the leisure choices that a modern traveller seeks, and reflects the brand values of Rove Hotels to deliver memorable social experiences. As a social hub that connects the young and trendy, the new addition to Rove Downtown will further position the hotel as among the first choices for the new generation of travellers,” states Paul Bridger, corporate director of operations of Rove Hotels.