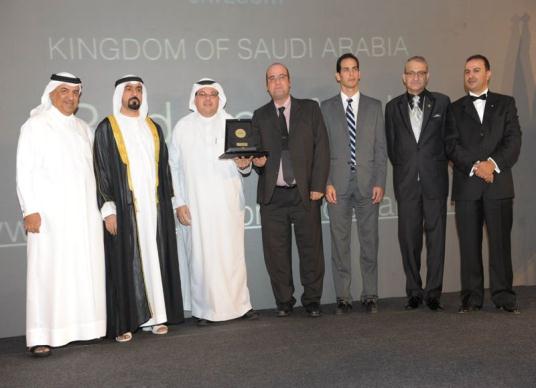 Saudi Arabia-based Red Sea Mall has won the award for best interactive Facebook page in the shopping malls category in the 2014 Pan Arab Web Awards organised by The Arab Academy Awards. Selection of the winning website took place online through a committee of Arab and regional experts as well as technicians on the basis of many standards such as creative aspect, ease of use, site’s structure and its interactions, aesthetics of the visual design and the content. The evaluating process is based on global standards adopted by the Economic and Social Commission for Western Asia, a United Nations organisation active in the Arab region.

“The Shield Award for Arab Websites is considered to be the biggest award highlighting the best websites in the Arab world. It is also a significant indicator of the high level of innovation and creativity of the winning centre. The Red Sea Mall has proved its excellence in this area through its broad and firm presence across social media sites such as Facebook, Twitter and Instagram, interacting optimally with the masses. Social media has contributed to the consolidation of Red Sea Mall’s role as the most preferred shopping destination on the west coast of the Kingdom, and one of the most unique in the Arab World,” says Mohammad Alawi, CEO of Red Sea Markets Co, owner of the Red Sea Mall.

“The Red Sea Mall has a popular and wide base that is not limited to the residents of the city of Jeddah. It extends to visitors from inside and outside the Kingdom, who express their admiration towards the growth and expansion of the centre, leading to an increase in their constant interaction with us on the mall’s Facebook page,” he adds.