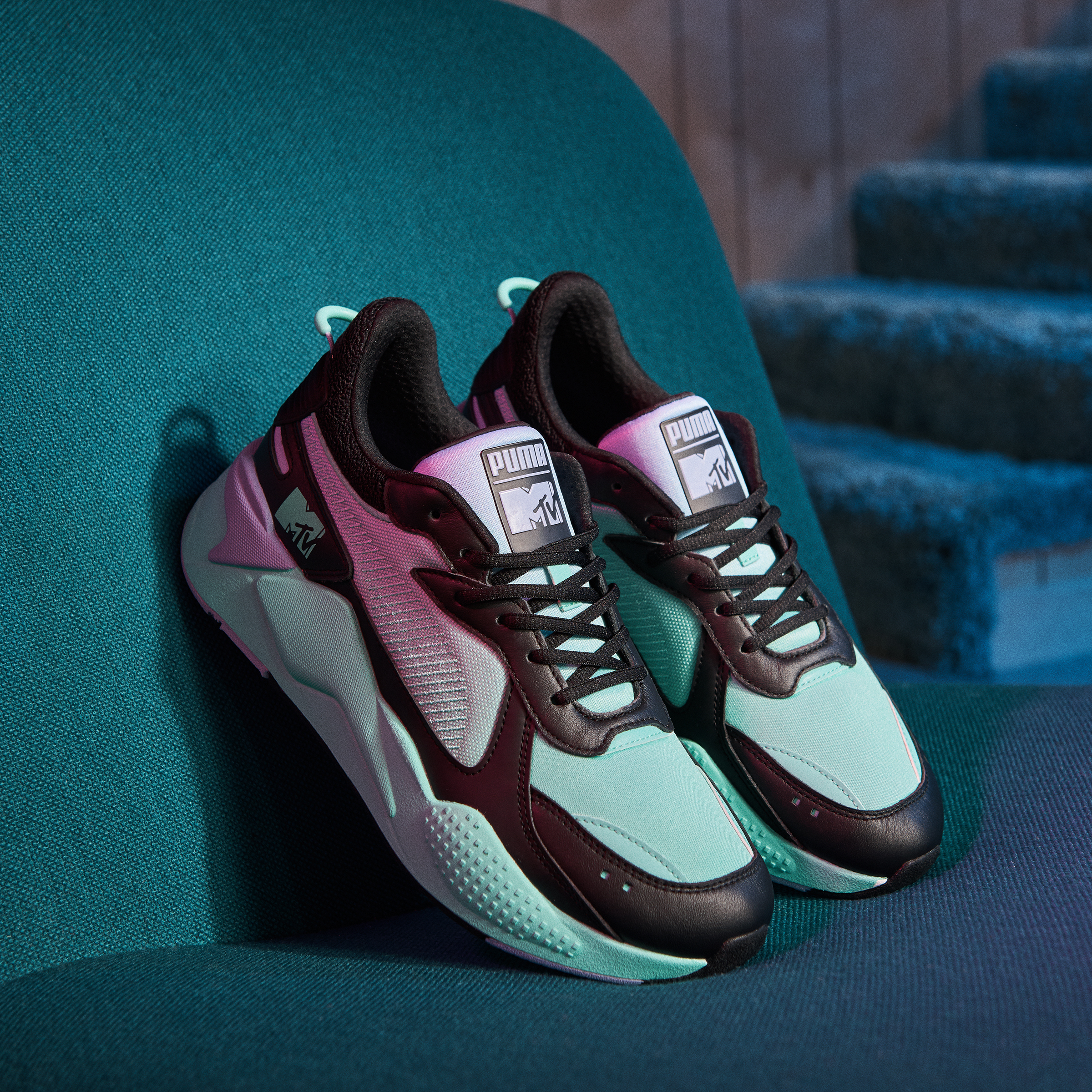 Global sports brand PUMA and MTV announced an exciting new partnership that celebrates the intersection of pop culture and sport fashion. It marks the coming together of two industry gamechangers with a special-edition RS-X sneaker that celebrates the extreme reinvention of music culture.

Prior to this, in 2006, they had released the PUMA YO MTV Raps range that saw classic PUMA silhouettes inspired by the 80s hip hop show.

“We are thrilled to again partner with a brand that has successfully reinvented itself,” says Adam Petrick, PUMA’s global director for brand & marketing. “Both brands, MTV and PUMA have a longstanding history of pushing culture forward. Together, we have reinvented our 80s icon RS into another extreme style which embodies the mix of music and fashion.”

Keeping with the stories of extreme reinvention, PUMA is launching the all-new RS-X Tracks sneaker. Inspired by the evolution of music in this digital age, the latest addition to the RS-X range features aggressive, future-retro design elements that aptly play to the reinvention of music culture.

On its part, MTV has revolutionised the entertainment industry, infusing fashion and pop culture in their efforts to reach a young audience globally.

Commenting on the partnership, Jose Castro, senior vice president, Global Collaborations and Softlines, Viacom Nickelodeon Consumer Products, adds, “MTV and PUMA have represented culture and street style for generations, and this collaboration seamlessly brings these two iconic brands together. PUMA’s RS-X sneaker is inspired by elements of music and the digital age and evokes MTV’s own evolution – it is an immediate collectible and a must-have for the nostalgia fashion fan.”