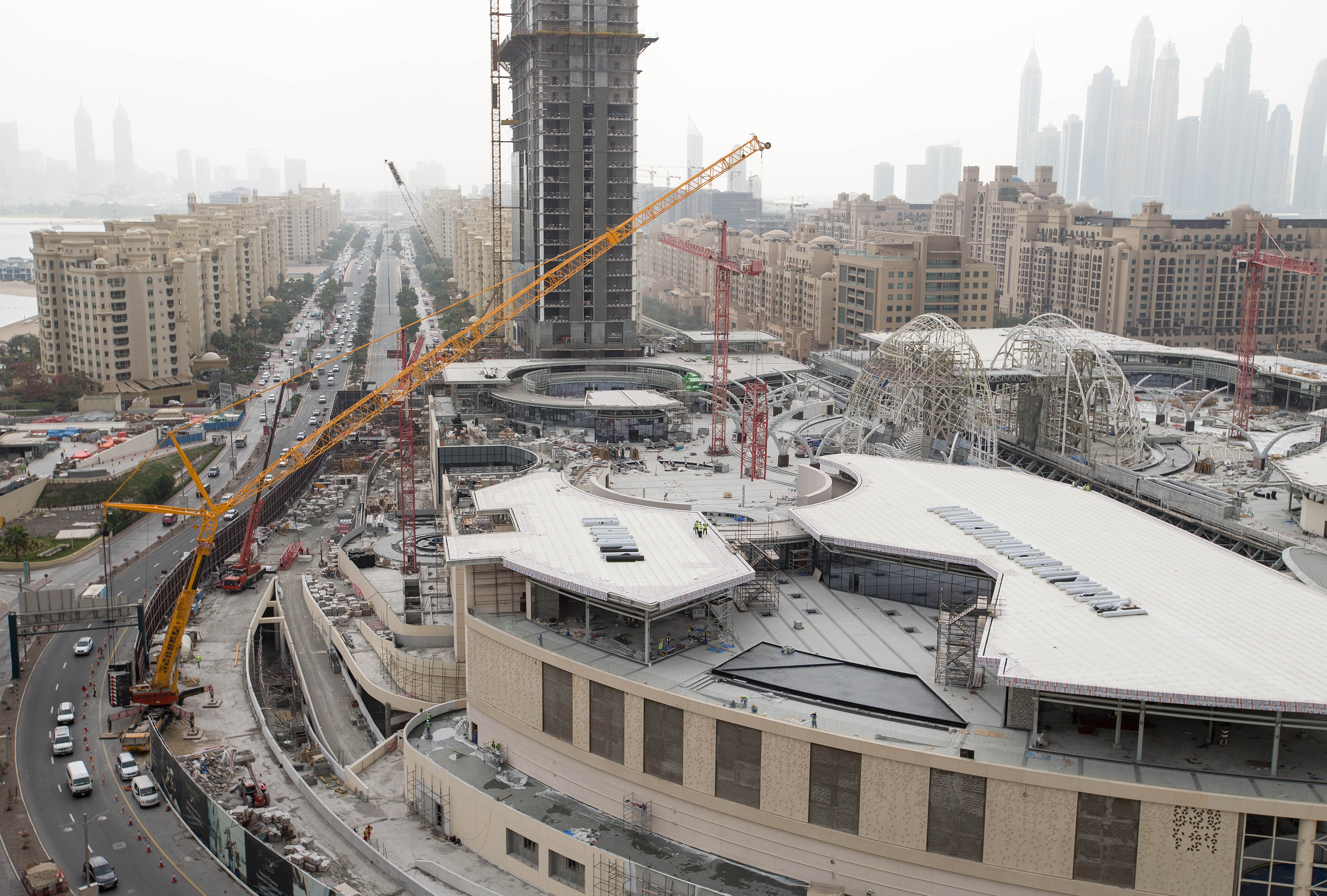 Dubai-based master developer Nakheel has announced that the construction of its Nakheel Mall – the AED1.2 billion retail and entertainment destination at the heart of Palm Jumeirah – is now 85% complete, with fit out underway at major outlets at the mall.

The news comes as a giant, 600-tonne tower crane is removed from the construction site, signalling a major milestone in Nakheel Mall’s progress. All under and above ground floor and ceiling work has been completed, with interior works, such as granite and glass fixing, well on track. Meanwhile, the centre piece of the mall – a 25 metre high crystal dome that will straddle the mall’s Monorail station – is also taking shape.

Inside the mall, fit out of the 60,000 sqft, 15-theatre VOX Cinemas complex has begun, with more retailers due to start fitting out shortly.

Nakheel Mall has 350 shops, restaurants and leisure attractions across five floors, plus three underground parking levels with 4,000 spaces. Features include two fountains, two waterfalls plunging 65 ft into the mall and a fine dining roof plaza with spectacular views of the island, Arabian Gulf and the Dubai skyline.

The mall will also be the access point for the 240 metre ascent to the public viewing deck at The Palm Tower, Nakheel’s 52 storey landmark hotel and residential building, also at an advanced stage of construction.