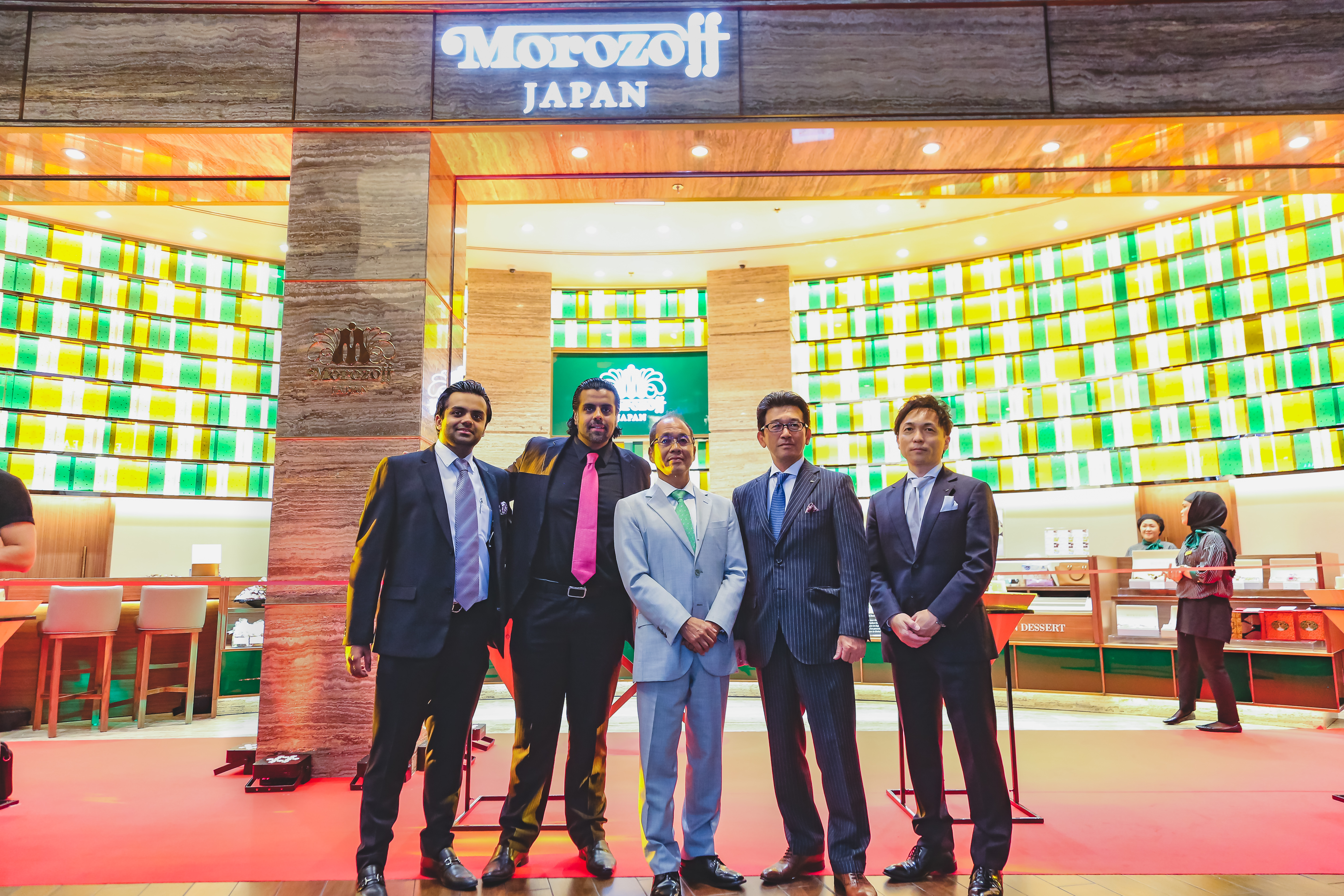 The Middle East region is known to have a soft spot for sweets. There are traditional sweets like baklava and kanafeh as well as halal marshmallows and camel milk chocolates. Global chocolate brands like Hershey’s and Ferrero Rocher have their appeal. Artisan, handcrafted chocolates from home-grown brands like Patchi and Mirzam, alongside global names like Sprungli and Godiva, are very popular too. Add to the mix, Japanese luxury confectionery from Morozoff. Like every other brand, Morozoff has also successfully built a loyal audience in the region.

Leveraging the strength of a strong confectionery market, Morozoff – franchised in the region by Emerald Star Group – has been strengthening its presence. It recently opened the doors of its newest store in The Dubai Mall. Located on the ground floor of the shopping mall, spanning approximately 900 sqft, the Morozoff store is four times bigger than the previous one at WAFI Mall.

“Confectionery, the way we see it today, originated in Europe,” observed Morozoff president, Shinji Yamaguchi. “Be it the artisan, bonbon style chocolates or Swiss milk chocolates, there are several varieties to suit the taste buds. Chocolates made in the US usually tend to be too sweet. Japan, on the other hand, is closer to Europe, as our sweets – especially at the luxury end of the market – are handcrafted and not overtly sweet. Traditional Japanese sweets, wagashi, are made of healthy ingredients such as sticky rice or red bean paste, which is a novelty for the Middle East. I believe, that our clientele in the UAE appreciates it. They appreciate our high-quality products offering subtle yet unique flavours.”

As if taking the cue, Morozoff added a couple of new product ranges – including ice cream and cheesecake – launching them at The Dubai Mall store. “Our products are unique because the sweetness does not overpower the subtle taste of the ingredients used – nuts, cacao or matcha, among others. Our customers in the UAE understand this speciality,” Yamaguchi stated.

Over the years, Morozoff has maintained its leading position in the Japanese confectionery market, he emphasised. The brand plans to build a similar reputation in the Middle East.

In this context, Yamaguchi observed, “Almost every reputable confectionery brand, from across the globe, are present in Japan. We have maintained our leading position despite stiff competition for many years. In that sense, I feel, the UAE market isn’t very crowded – even a shopping mall like The Dubai Mall that is known to have high brand penetration. European and American brands are there, but I don’t see many Japanese confectionery concepts in the UAE. There is, thus, more room for considerable growth. Compared to the UAE, in Japan, we face far more competition from the European chocolatiers and patisseries.”

Adding further, he shared some constraints faced by the brand in the UAE. “More than half of our products are liquor-based and are made using non-halal ingredients, which we are unable to sell in this region. Our counterparts from Europe and the US also face similar constraints in the Middle East.”

However, this is not deterring Morozoff from spreading its wings further in the region. As part of a future expansion plan, the next stop for Morozoff could be Abu Dhabi. Saudi Arabia, Kuwait and India are also on the horizon. Alongside expansion in other parts, Dubai will remain the primary focus area for Morozoff in the region.

“Globally, we will continue to strengthen Morozoff’s presence in Shanghai, Taiwan and Macau in China; Guangzhou in Hong Kong; and some other Asian countries,” Yamaguchi concluded.