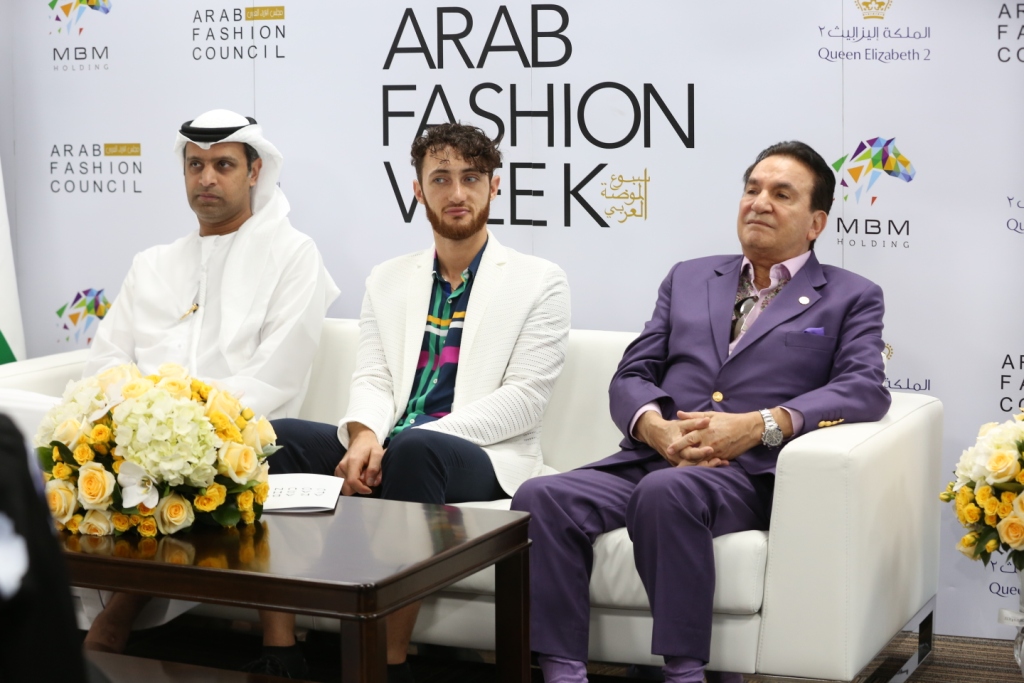 Dubai-based investment and development company MBM Holding and the Arab Fashion Council (AFC) – a not-for-profit fashion organisation with a vision to establish a fashion ecosystem in the Arab world – have officially entered into a strategic partnership aiming to cement Dubai’s position as a leading business and creative hub.

Commenting on the new partnership, Saeed Al Mutawa, CEO of MBM Holding, says, “We appreciate the achievements of the AFC in establishing one of the major fashion platforms in the region. In line with the role that Dubai plays on the international economic and creative scenes, we are confident that our joint resources will take the fashion sector in Dubai to the next level. Under this partnership, MBM will support AFC in positioning the UAE as a global sustainable nation in arts and creativity to create strong and active communities that compete internationally highlighting the UAE treasure in our human resources by supporting our talent into exporting the ‘Made in UAE’ to the world.

This is indeed in line with Vision 2021 of His Highness Sheikh Mohammed Bin Bin Rashid Al Maktoum, vice president and prime minister of the UAE and ruler of Dubai.

“We are proud and honoured by this strategic partnership with MBM Holding which aims to implement the vision of the AFC in positioning the UAE on the international map of fashion and design economy. This agreement highlights Dubai’s support of the AFC’s quest to develop the creative sector in the UAE by giving access to foreign brands and talent to invest in the country, providing them with the right tools and platform. AFC, together with MBM Holding, will unveil at a later stage a strategic plan and a new initiative to implement this vision,” adds AFC CEO, Jacob Abrian.

AFC, founded in 2014 in London as an international extraterritorial authority by a number of regional fashion pioneers, has been working closely with international experts to elevate and position the Arab Fashion Week alongside the other big four fashion weeks taking place in New York, London, Milan and Paris. Today, the Arab Fashion Week is considered one of the big five fashion weeks and the only official fashion week in the world to promote ready-couture and pre-collections, which defines the international industry scene of luxury fashion in Dubai and the Arab world.

The concept of the event is not only to promote regional talent but also to allow international designers to showcase their collections and successfully establish their business in the region.

Having successfully launched the first Arab Fashion Week in Riyadh in April, AFC is making another first by hosting the sixth edition of the Arab Fashion Week in Dubai on board of the newly inaugurated naval hotel, Queen Elizabeth II, which makes it the first floating fashion week in the world for the only fashion platform dedicated to cruise collections.