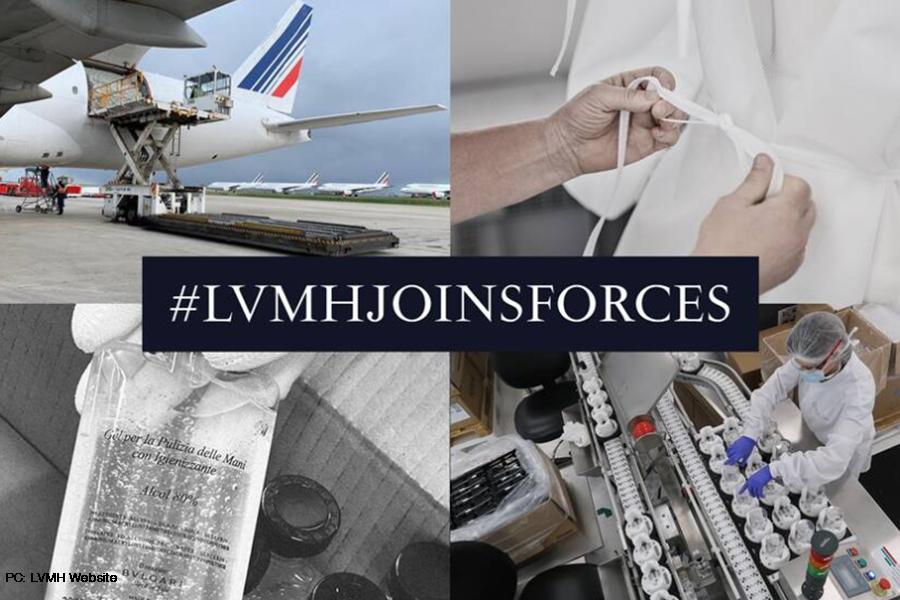 French luxury retailer group, LVMH is resilient in its outlook amidst on-going COVID-19 crisis, despite recording revenue of €10.6 billion for the first quarter of 2020, down 15% compared to the same period in 2019.

As all Sephora stores were closed in China for a major part of the quarter, and since mid-March in Europe and the US, online revenue significantly increased over this period. Meanwhile, shopping in stores has gradually picked up in China since early April.

“In this unprecedented context, I would first like to thank our teams around the world, who have mobilised to help caregivers and participate in the collective effort by making hydroalcoholic gel for hand sanitisers, by facilitating the movement or by producing medical masks or even by sourcing critical equipment for hospitals. The health and safety of our employees and customers must remain our top priority. On a global scale, the Group works closely with the teams of each of our Maisons to provide them with all the resources they need,” stated Bernard Arnault, chairman and CEO, LVMH.

“Thanks to everyone’s commitment and the strength of its brands, the LVMH group maintains good resilience in the face of this worldwide challenge. For several weeks, our teams have once again demonstrated that excellence, creativity and responsiveness will allow us not only to overcome this crisis but, above all, to emerge even stronger when it fades,” he added.

Under the current circumstances, LVMH will further strengthen its policy of controlling costs and remain selective in its investments.