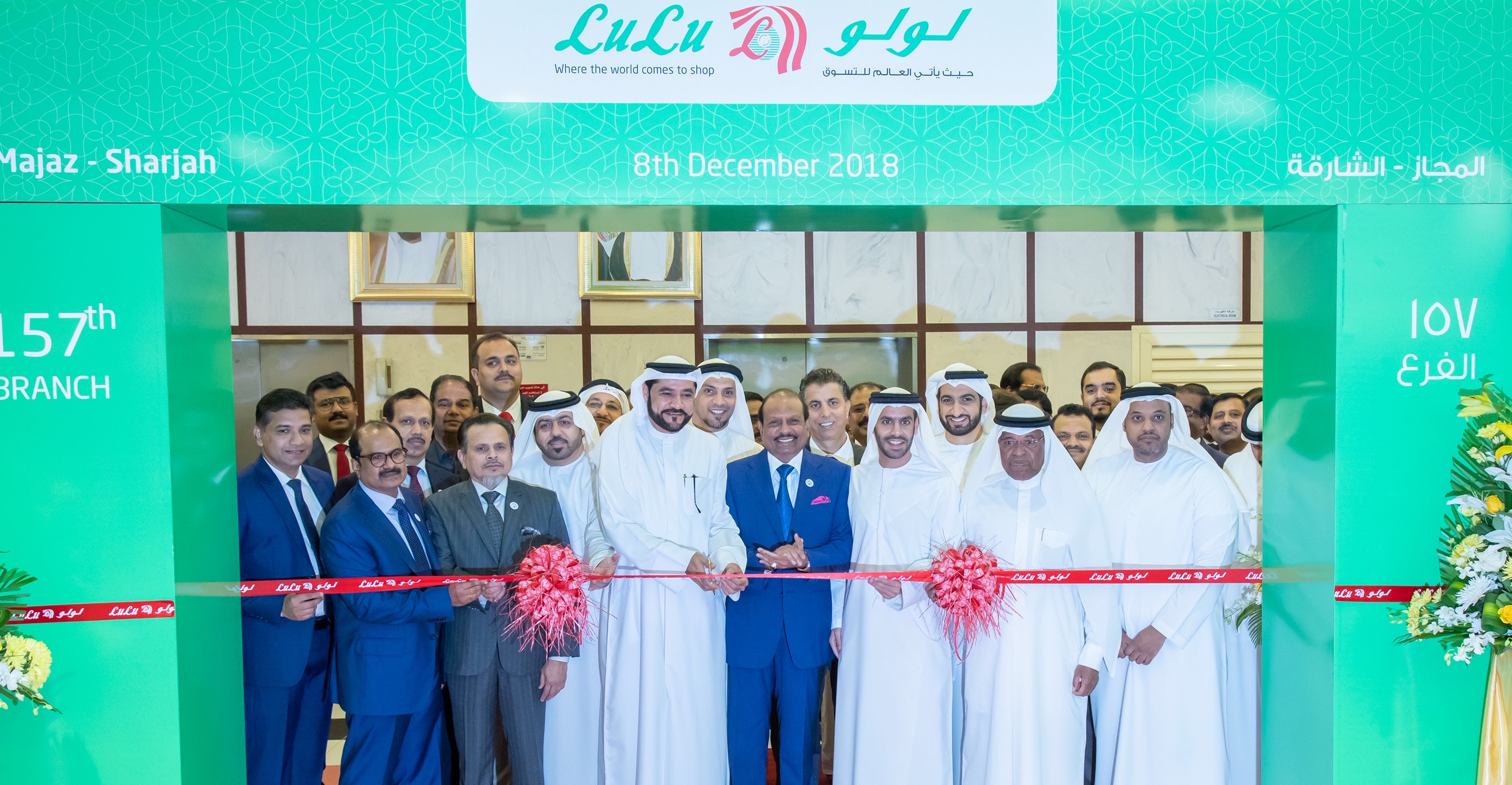 Middle East retailer Lulu Group has opened its latest Hypermarket in Sharjah. The new store, which is also group’s 157th store globally, was officially inaugurated by Dr. Rashid Alleem, chairman of Sharjah Electricity and Water Authority (SEWA) in the presence of number of dignitaries and businessmen.

Located in King Faisal Street, Al Majaz 1, the sprawling 115,000 sqft new hypermarket has been designed using the latest retail space concepts and most modern technology for ease of shopping and display and will serve residents of Al Majaz and its nearby areas. As always, Lulu Hypermarket provides the widest range of quality and value-for-money products all under one roof. The outlet has also introduced inaugural offers and deals for a range of products at attractive prices.

After the inauguration, Alleem and other dignitaries were led on a guided tour of the hypermarket by Yusuffali MA, chairman and managing director Lulu Group, who briefed them about the various sections, unique features and amenities.

“This is our seventh store in Sharjah and it shows the kind of demand for quality shopping that exists here and we are extremely happy to bring again yet another world-class shopping experience to the residents of Al Majaz and its nearby areas,” says Yusuffali. “As we mentioned earlier, our expansion plans are firm and we will open another seven more hypermarkets in Sharjah out of which two will be opened within the next three-month period and we are grateful for the support and patronage we have been receiving from the rulers, citizens and residents of this great nation.”