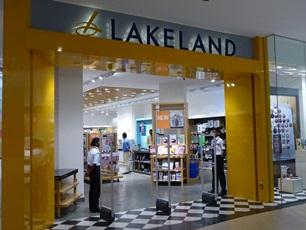 British kitchenware retailer Lakeland, in partnership franchisor Trent-Tata, has opened its first stores in India. Lakeland has initially launched two stores in the country, in Pune and Bangalore, but aims to open many more.

Lakeland managing director Sam Rayner said this move comes after the strong response to Lakeland’s stores in the Middle East, where it operates nine shops. It has also opened its first in Saudi Arabia recently. “It’s been wonderful to see the reputation the Lakeland brand has already built overseas and just how popular our products are proving, not only with British expatriates, but with the local community too,” he says.

“Western-style cooking is being enjoyed in large parts of the world, so we’ve discovered that the top-selling products in our stores in the Middle East are surprisingly similar to those most popular in the UK. But we also ensure our ranges are tailored to suit local cooking styles too,” adds Rayner.