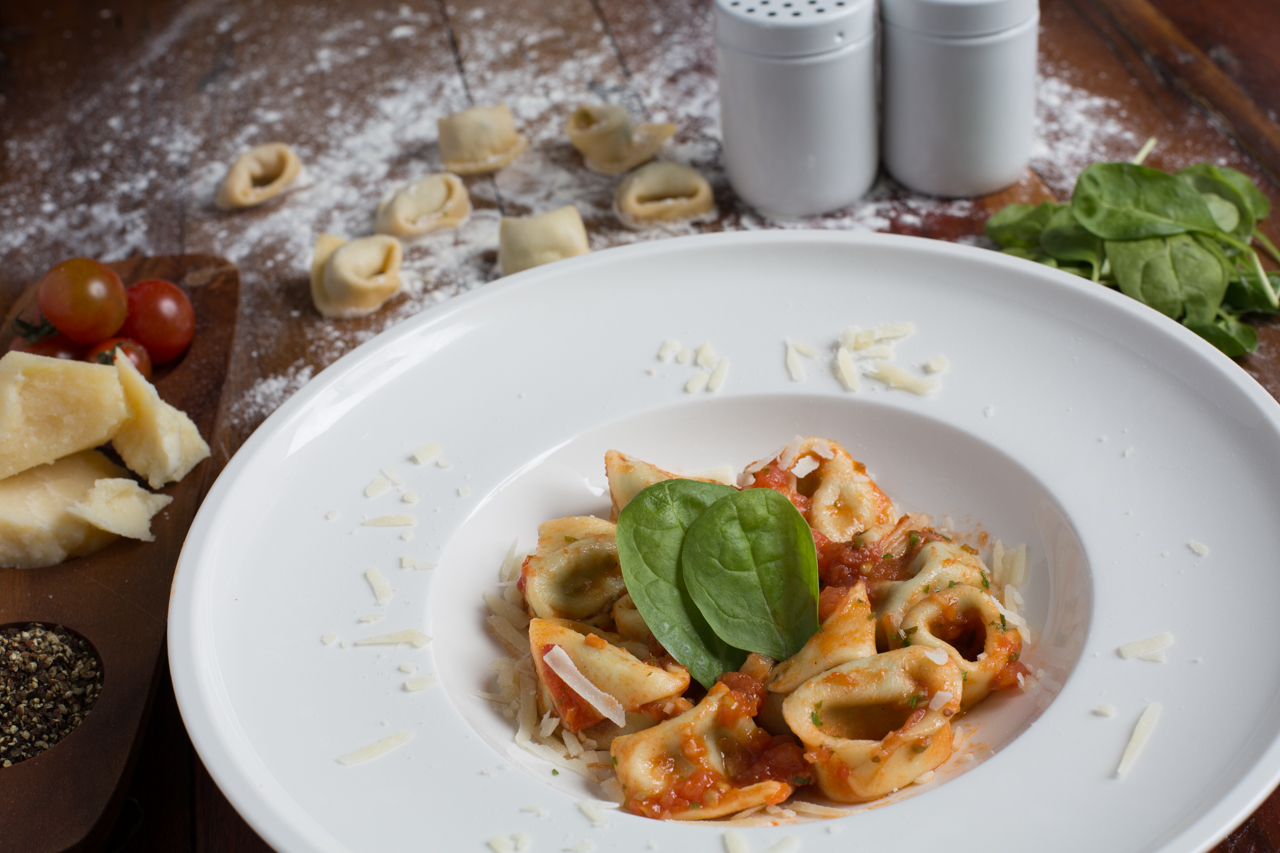 A new Italian restaurant Tortellini has opened its doors at the Blue Bay Tower in Business Bay. The restaurant is inspired by the streets of the gastronomical capital of Italy, Bologna.

Tortellini is a traditional ring-shaped pasta that originates from Bologna. It is usually filled with meat or cheese, spices and herbs. It is often served in broth, rather like little dumplings, but it can also be prepared with cream and butter, tomato sauce or even with pesto sauce.

The restaurant, a creation of Amany and Khaled – a couple who are interior designers by profession. The idea was ignited when they had to travel to Bologna to attend a trade show.

“It was that one night when we returned to our hotel after a long day and all the restaurants were closed. We luckily met one of the chefs in the lobby and after a long chat, he agreed to open his kitchen and prepare for us a local dish, Tortellini, which we absolutely fell in love with,” recalls Amany.