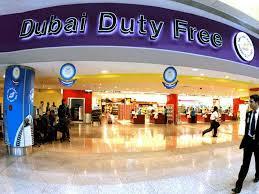 The iPhone 6 and Bleu de Chanel fragrance were among the top selling festive gift items at the Dubai Duty Free (DDF) this weekend. Thousands of passengers thronged the aisles of DDF yesterday, as the retailer slashed prices by as much as 25% on the busiest weekend of the year.

DDF aiming to generate more than $1.9 billion in sales this year regained its position as the world’s largest single airport retail operation this year, ahead of Seoul Incheon and Singapore Changi. The retailer is benefiting from the rapid growth of Emirates Airline, which expects to fly 70 million passengers annually by 2020. Such growth in passenger numbers is the main driver of the expansion of Dubai International Airport, which is set to overtake London Heathrow as the busiest by volume of international traffic this year.

DDF is famed for its eclectic mix of products ranging from the basic to the ultra-luxurious. In the first nine months of the year, it sold more than 1,090 tonnes of the Tang powdered fruit drink as well as 559 tonnes of dates. But luxury items dominate the list of best-selling items this week as hundreds of thousands of passengers pass through the airport for the holiday period.