International Visa cardholders spent AED22.8-bn in the UAE in 2018 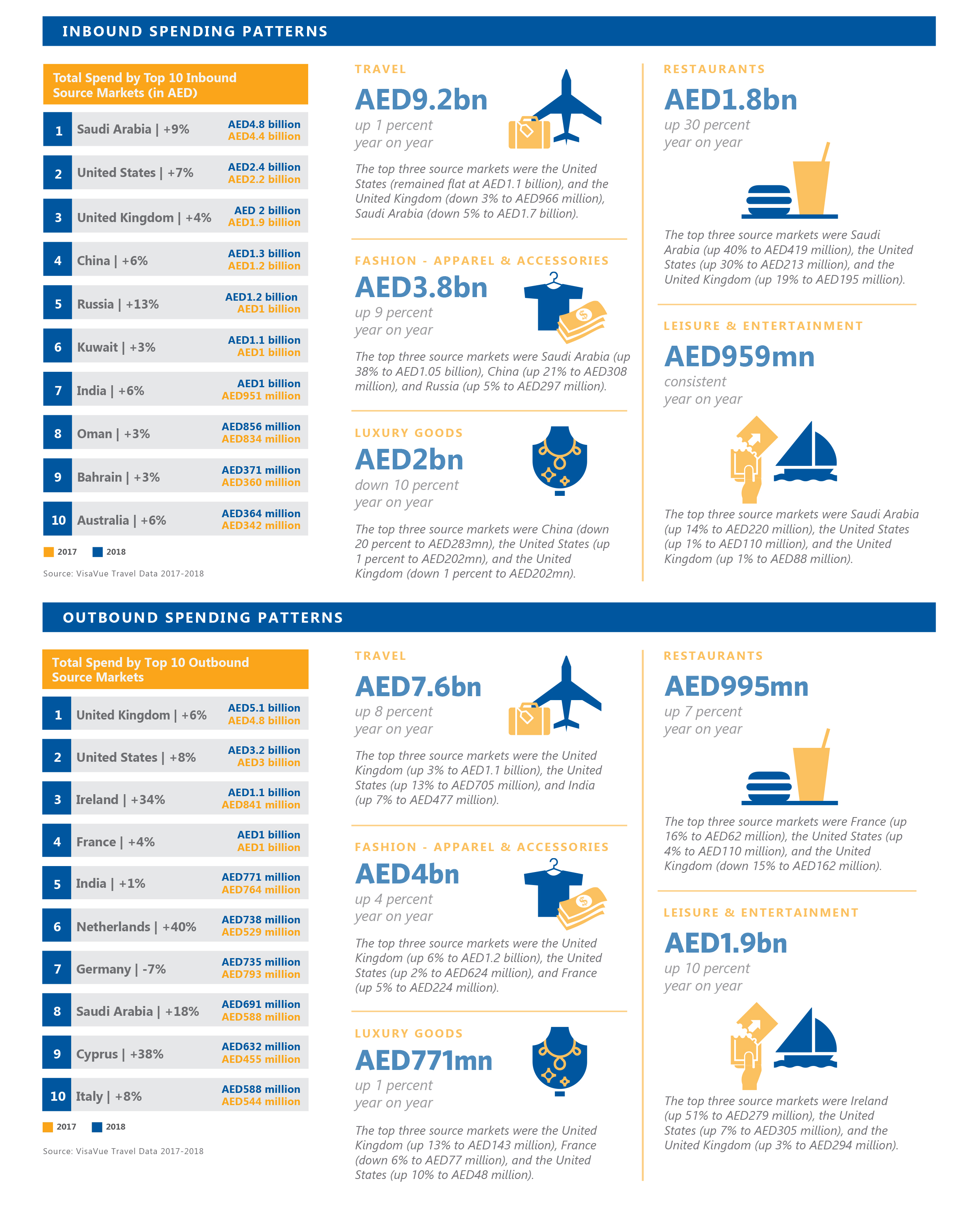 According to the latest UAE Travel Snapshot released by Visa, travellers visiting the UAE have increased their spend on Visa cards, indicating a positive uptick on the local economy.

Covering the period of January-December 2018 versus same period 2017, the report shows international Visa cardholders spent AED22.8 billion with their cards while visiting the UAE in 2018, a 4% year-on-year (YoY) increase. The total number of Visa card transactions by visitors to the UAE also grew by 22% when compared to the previous year.

Retail categories that saw growth during the period of study include restaurants (up 30%), airlines (up 9%) and fashion apparel & accessories (up 9%). The luxury goods sector, on the other hand, saw a decrease of 10%, while leisure and entertainment remained flat. Visa cardholders recorded the highest value of tourism receipts during the traditional UAE travel season, between November and April (2017 and 2018), peaking in December and January for both years.

Visa noted a 11% increase YoY in the number of internationally-issued Visa cards used in the UAE.  In terms of top source markets, visitors from Saudi Arabia, the US, the UK, China, Russia, Kuwait, India, Oman, Bahrain and Australia accounted for 68% of the total tourism spend. From the UAE’s top 10 source markets, tourism spend by Russian visitors saw the highest YoY growth of 13%. Meanwhile visitors from Saudi Arabia remained the biggest spenders with total expenditure of AED4.9 billion, an increase of 9% YoY.

“Transactions growing much faster than spend suggests the UAE’s increasing appeal as a leading global destination for both mass and niche tourism. The UAE dirham being pegged to the US dollar, which saw strong performance in most of 2018, made the UAE more expensive for international travellers during the period we looked at for this report. Despite this, the UAE remained an attractive tourist destination for international travellers,” says Shahebaz Khan, UAE general manager for Visa.

The results of Visa’s UAE Travel Snapshot show travellers are increasingly relying on card payments for transactions of various sizes, suggesting increasing preference for the security and convenience of digital payments. It also reflects the wider acceptance network for card payments in the UAE, which continues to see momentum.