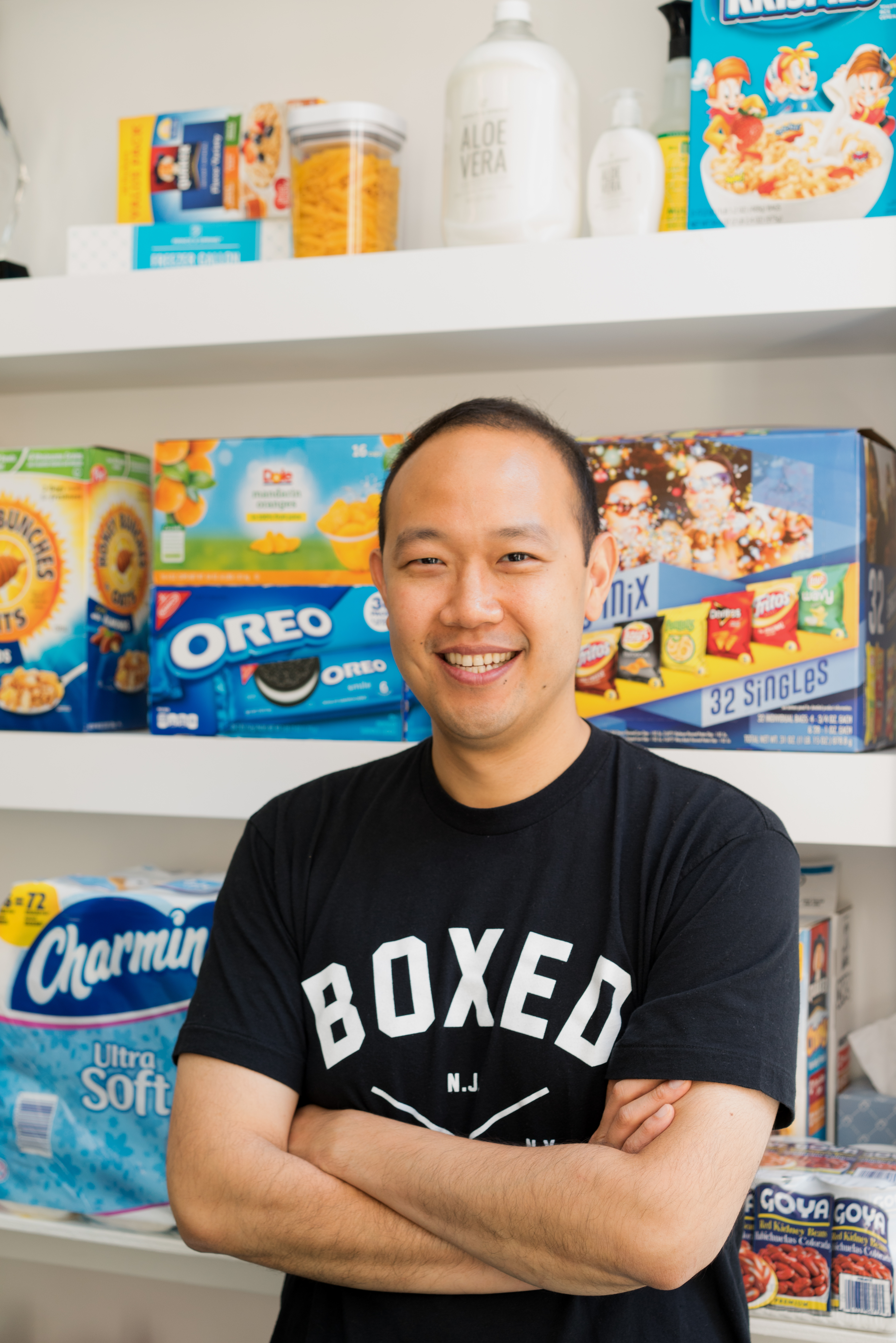 “There has never been a more exciting time to be an entrepreneur than now; Boxed is a living proof,” states its 30-something co-founder and CEO, Chieh Huang. Boxed is a New York-based online brand that delivers bulk-sized grocery packages. In 2013, this start-up was brought to life in a garage.

Fast forward five years, today Boxed is a ‘smart’ company that still delivers toilet paper rolls and potato chips, among other items. At the same time, Boxed designs, engineers and manufactures its robotics now for its fulfilment centres. It builds physical robots in its facilities for use in the fulfilment centres. In addition, Boxed continually develops its front-end platform to provide a great experience to shoppers.

Commenting on Boxed’s evolution over the last five years and preparedness to face the retail landscape of tomorrow, Huang shared, “The brand, and what it stands for the consumer, has stayed the same. But things at the background have been massively overhauled. At the time of launching, we wanted Boxed to function as an online warehouse club, delivering big packs to the consumer’s doorstep. We still do that today, but in a much more sophisticated manner owing to our technology-enabled fulfilment centres. Our delivery timeline is less than two days for over 90% of the orders across the US, with 43% overnight delivery. That’s been a significant area of evolution. When we had launched Boxed, people had to wait for three-four days to receive their packages.”

The product range has also increased significantly. “We started Boxed with around 200 items, which has gone up to 1,600 now. Add to that, over five locations where we have fresh food available, offering 2,000-2,500 SKUs. Within these fresh food locations, there is an option to get products delivered within three hours. Overall, we have improved our service level massively,” he adds.

Boxed has also diversified its business model to assist retailers and brands technologically. “It’s the best time in retail history to be able to do this,” Huang stated. “Private brands are becoming increasingly big for us. Even when we had around 80 items under the private brands’ umbrella, it accounted for the double-digit percentage of our overall business. Building on our software and partnerships has also been a vital part of our innovation agenda.”

Boxed has seen quick growth since its launch. In 2018, Boxed reportedly raised $111 million in funding, after rejecting a sale deal proposed by American grocery brand Kroger.

When asked about the secret recipe for success, Huang said, “It is simple! You have to be in the right place at the right time. When we first started, not many people were interested in what we were doing. It continued for the first couple of years. Then towards the third year, as we started seeing some scale, the industry began to react. Instead of going to manufacturers and getting them to sign up with us to sell their products, they began to approach us. More and more manufacturers started enquiring how they could sell more through Boxed. Leveraging the brands to sell more is probably one of our biggest secrets to success. We were in the right place at the right time.”

In a landscape dominated by global behemoths, Boxed’s ride isn’t free from challenges. “It is quite crazy and pretty challenging,” Huang admitted. “But we don’t compete against the biggest retailers in the US or globally. We compete against the most prominent companies. No matter how big a company is, there are certain areas where they are not able to service the end consumers to the best of their ability. That’s what we step in! We don’t go after them as a company in entirety, because we must do what is best within our business model.”

“As opposed to being another ‘everything store’ – Amazon is wonderful in doing that – we carry a limited selection of SKUs, most of which Amazon doesn’t carry,” he continued. “It’s a deliberate and well-thought-out strategy. If we try to compete with them in the same race, we will lose. We are cognisant about that. While it is inspiring to be on top of trends and keep evolving, we are playing in a tough and highly competitive market. As a result, we have learnt to be gritty. Unless it is a constant process of learning with grit, we will have to quit.”

Five years on, Huang says Boxed will be a public listed company. “It will potentially make our lives more difficult, but it will happen,” he opines. “We will grow exponentially bigger and operate in international markets on the software side, if not our core business. Having that said, five years is a fairly long time. If I went back to five years ago, I wouldn’t even expect Boxed to be where we are today. I hope the next five years will bring us similar growth.”

Finally, commenting on how retail will look like in five years, Huang observed, “The new generation of stores will look much different. A vast majority of space in a supermarket or hypermarket still gets allocated to items that consumers may not necessarily need to touch and feel before buying. Nobody wants to touch an Oreo cookie before buying. The traditional store layout hasn’t flipped to an experiential model, where the supermarket mostly houses fresh food. The centre of the store will become tiny as most items can be shipped. Online and offline channels will also work more seamlessly. A consumer should be able to select their most preferred option while purchasing. That will happen soon!”