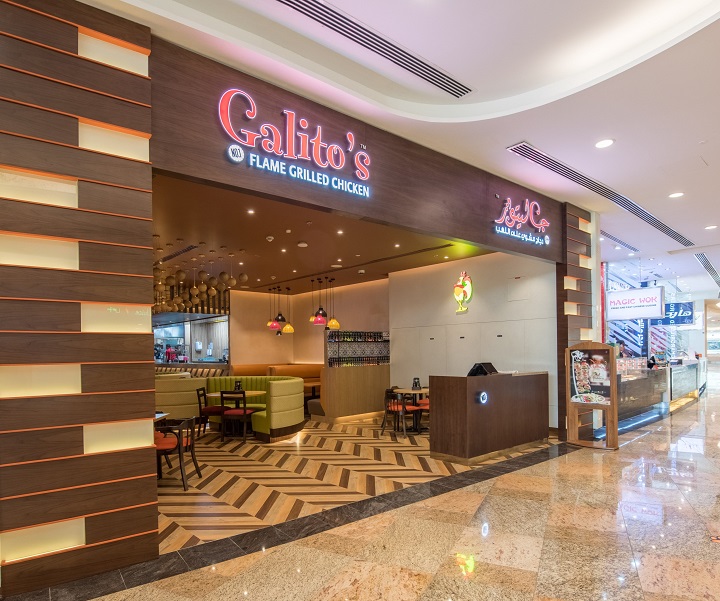 These new locations for Galito’s will be at Dubai Parks and Resorts’ urban retail resort Riverland, Dubai Festival City Mall and The Global Village, which is open from November 1, 2016 till April 8, 2017. These locations have been aptly selected by Tablez Food Company owing to their significant retail and footfall attractions, which will consequently impact the brand positively.

“We are delighted to be an integral part of UAE’s forecasted F&B sector, which is expected to reach $13.2 billion in UAE by 2018. The infrastructure available in creating opportunities for companies such as ours is remarkable. We are extremely proud of our distinctive presence at The Riverland, Dubai Festival City Mall and the Global Village, and are looking forward to pleasing our guests with the much loved cuisine offered at Galito’s,” says Tablez Food Company CEO Shafeena Yusuffali.

“In addition to the expansion of our existing food concepts, we will continue to acquire new ones such as Genghis’s Grill, Mongolian stir fry barbecue cuisine from the US and popular Filipino cuisine Pancake House that will open doors to guests in early 2017,” she adds.

Converting mobile browsers into buyers is the task at hand, states Kalika

BRW Society products will soon be available at Spinneys

Having been inducted into the Spinneys incubator programme, home-grown, online tea brand

Urban Foods is on an expansion spree

UAE-based Urban Foods, a strategic partnership between Meraas and Dubai Holding, is on

It will be a “historic holiday season” in the US

According to the National Retail Federation (NRF), it will be a “historic

Following the success of the Social Investment Fund’s first programme, ‘Together We