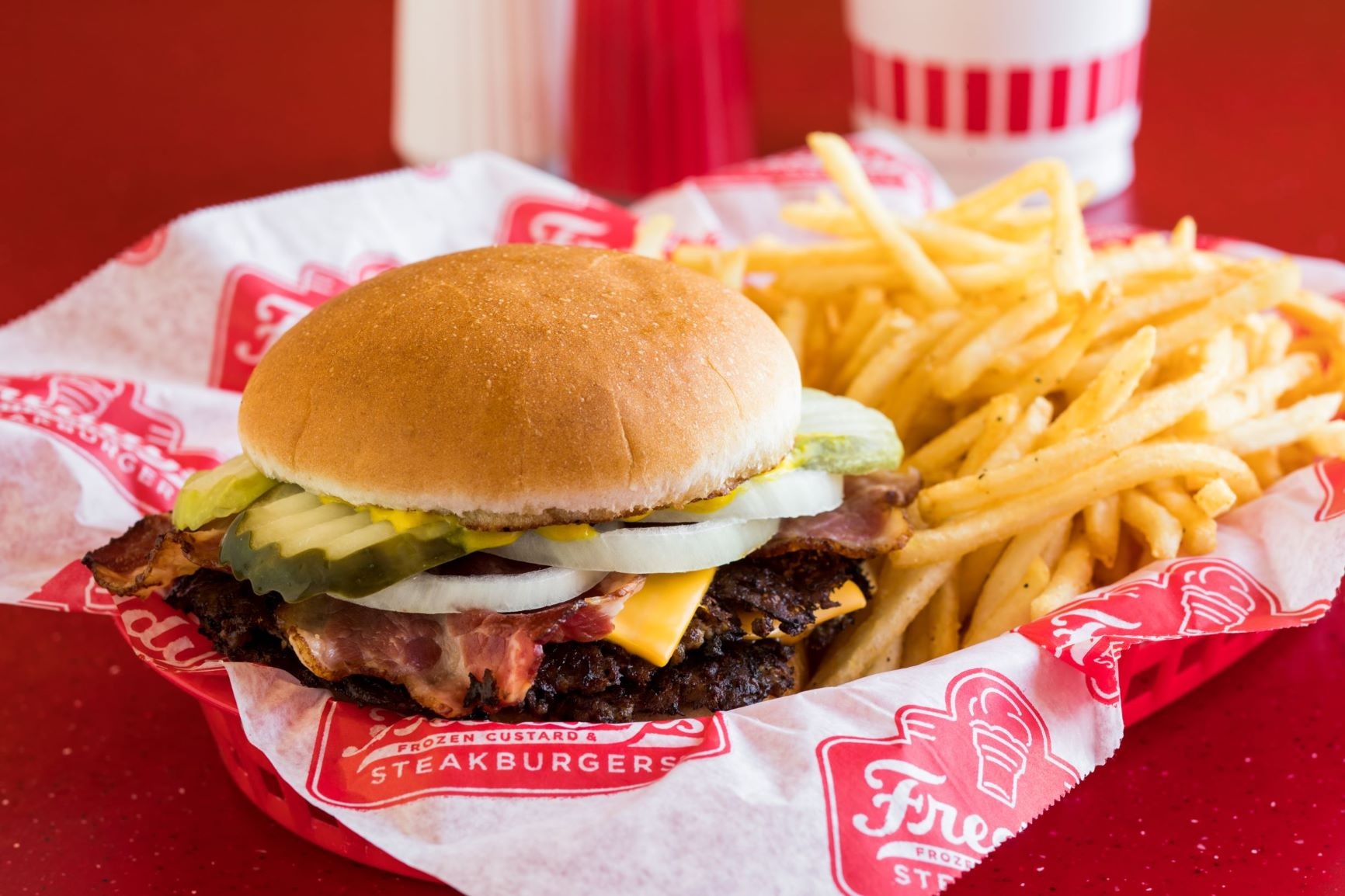 American fast-casual restaurant Freddy’s Frozen Custard & Steakburgers – operated by Tastebuds Group in the Middle East – will open its first international full-fledged restaurant at Nakheel Mall on December 10, 2019. The brand opened its first two outlets at food courts in The Dubai Mall and Mall of the Emirates.

The 2,100-sqft restaurant in Nakheel Mall will be able to accommodate 82 diners and will serve Freddy’s famous cooked-to-order steakburgers. With décor inspired by the 50’s – an era focused on quality cooked-to-order meals that bring families and loved ones together – the restaurant is strategically located adjacent to the mall cinemas so movie-goers can look forward to indulging before or after viewing.

Commenting on the forthcoming opening, Yousef Khattar, managing director of Tastebuds Group, said, “This is now our third opening in less than 6 months, so it is safe to say that we are on track with our robust expansion plan for Freddy’s in the region. We are so excited to be opening in Nakheel Mall, an exciting new space that is certain to attract huge footfall thanks to its perfect mix of retail businesses, food and beverage outlets and entertainment venues.”

Alongside its two existing outlets, Freddy’s recently launched city-wide home delivery partnering with Zomato, Deliveroo, Uber Eats and Talabat. “This new opening is also significant as it will allow us to extend our delivery service to Palm Jumeirah and other communities across New Dubai,” added Khattar.

Co-founded in 2002, Freddy’s has grown to more than 350 locations in the US and now – with the opening at the Nakheel Mall – three international locations in Dubai.

“The success we have seen since we opened our food court outlets in The Dubai Mall and Mall of the Emirates has been heartening and reinforces the strength of our partnership with Tastebuds Group. Buoyed by the positive start and the rave reviews we have been receiving, we are excited at the prospect of opening at Nakheel Mall and delivering the unparalleled Freddy’s experience to a new audience,” concluded Scott Redler, COO and co-founder, Freddy’s Frozen Custard & Steakburgers.