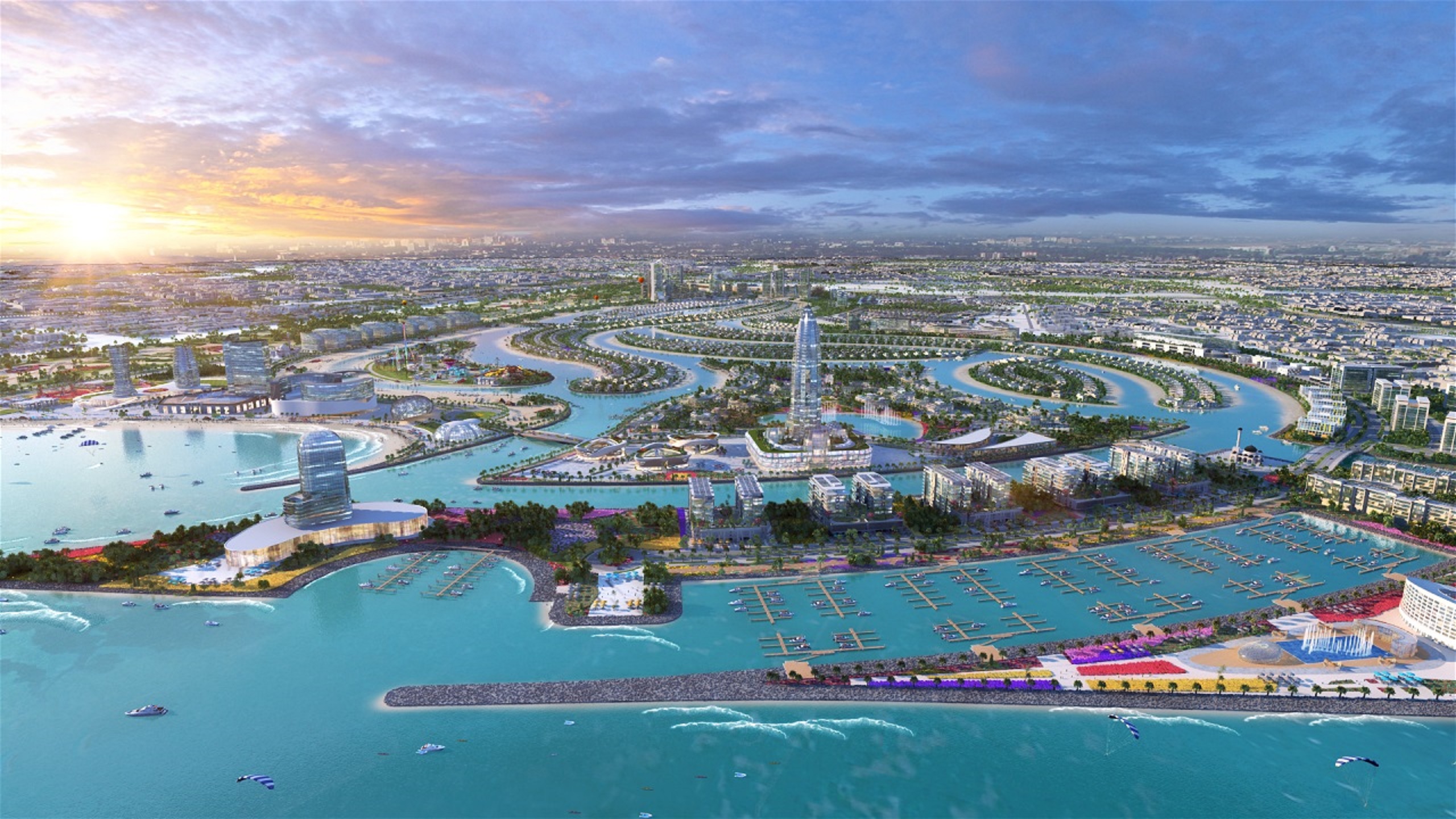 The landmark announcement came as Sharjah Oasis Real Estate Co, handed over two power transmission and distribution plants. The power plants, built with a cost of AED250 million and with its own resources to ensure uninterrupted supply of up to 700 megawatts (MW) electricity – enough to power the entire urban waterfront community where more than 60,000 people are expected to live, work and enjoy life when complete.

It is one of the first such developments where the private developer has built its own large power distribution and transmission plant and handed over the assets to the state-owned public utility, SEWA.

“I am pleased to announce the completion of AED3 billion worth of infrastructure works within Sharjah Waterfront City. The scope of work included the removal of 12 million cubic metres of sand to dig 3.5 metres deep canals with width spanning 100-300 metres and create eight islands within the landscape that helped us to create 20 kilometres of new coastline and beachfront properties,” says Sheikh Al Shakrah.

“As part of the infrastructure projects, we have moved and installed 5 million tonnes of rocks to create breakwater and marina quays and the protection of water channels, in addition to the construction of bridges, roads and power transmission and distribution plants, which cost AED250 million,” he adds.

Describing Sharjah Waterfront City – ‘Ajmal Makan’ which in Arabic means the ‘most beautiful destination on earth’ – Sheikh Al Shakrah, compared the project to a precious pearl within a large shell. “It is a city within a city and features integrated facilities where people can live, work and relax shop, dine and enjoy the best lifestyle. Sharjah Waterfront City stretches over 60 million sqft of the Gulf’s pristine coastline, making it an ideal destination for residents and tourists.”

The project consists of eight islands to create a vibrant community of 60,000 people living in 1,500 luxury villas and smart homes, 95 mixed-use towers, and many hotels, shopping centres, and stylish office complexes, a water theme park and a marina with a capacity of 800 berths.

The project’s flagship mall with a GLA of over 2.5 million sqft, located on the Sun Island, is projected as a shopping, leisure and entertainment destination. A series of eight islands, flowing between the natural channels spread over 36 kilometres of coastal land on the northeast coast of Sharjah, where clean and pure blue seawater is renewed in its channels every 12 hours, in line with the high and low natural tide coming from the Arabian Gulf.