February retail sales in the US remain sluggish 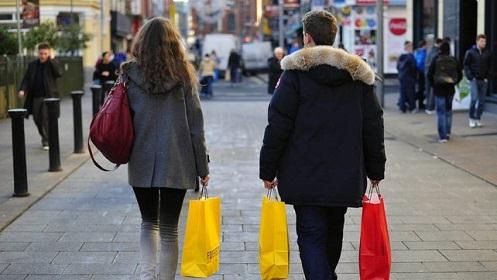 According to the National Retail Federation (NRF), rise in consumer spending in the US remained muted in February.

Seasonally adjusted retail sales – excluding automobiles, gasoline stations and restaurants – increased only 0.1% from January. That is the same figure as January’s increase over December, which was originally reported at 0.6 percent but later revised.

“While spending moderately, consumers are navigating through the heavy fog of market turbulence experienced earlier this year,” believes Jack Kleinhenz, NRF chief economist. “Looking at the bottom line, consumer spending is on track to rise, which is good news for the economy.”

However, seasonally adjusted February sales were up 3.8% from February 2015. Year-over-year, February showed a boost in home-related sectors, with increases seen in sales of building materials and supplies, furniture and home furnishings. Sporting goods showed positive gains too, along with online and other non-store sales. The mild weather in many parts of the country continued to drive interest in spring clothing.

Further, NRF expects a 3.1% growth in retail sales this year.