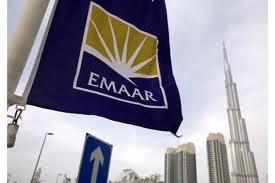 Global property developer Emaar Properties PJSC recorded net profit of $335 million in the first half of 2013 (January to June) similar to the first half of 2012 net profit of $332 million. This has been facilitated by the launch of prestigious real estate projects and new hotel brands and the robust performance of its shopping mall business in its home market of Dubai.

Mohamed Alabbar, Chairman of Emaar Properties, said: “Our significant growth in the first half of the year is a strong reflection of the positive environment that our home market of Dubai offers by serving as a global business and leisure hub. We draw on the dynamism of the city, led by the vision of His Highness Sheikh Mohammed Bin Rashid Al Maktoum – vice president of the UAE and prime minister and ruler of Dubai – to further reiterate our world-class competencies in our three core business segments of property development, hospitality and shopping malls.”

The shopping malls and retail business of Emaar recorded total revenue of $423 million during the first half of 2013, which is 20% higher than the first half 2012 sector revenue of $352 million. Driving the shopping mall’s impressive growth was the sustained growth of The Dubai Mall, which welcomed more than 38 million visitors in the first six months of the year, 23% higher than 31 million visitors during the same period last year. Emaar is now expanding The Dubai Mall’s dedicated Fashion Avenue with a one million sqft expansion that will add new and personalised flagship stores of the world’s most renowned brands. The overall expansion will also bring in other high-end lifestyle and entertainment brands to The Dubai Mall.