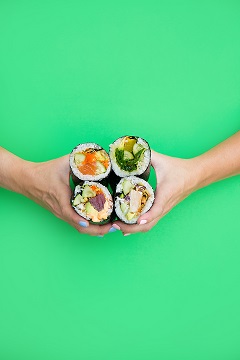 “Deliveroo’s aim is to make our service as widely available as possible and to team up with the very best restaurant partners in the region, so we are pleased to be expanding in Abu Dhabi to bring exciting new dining options to Khalifa City. Abu Dhabi welcomed us very warmly back in 2016 and it’s great to be able to offer more work to more riders, more income to more restaurants and the Deliveroo experience to more customers,” says Anis Harb, general manager, Deliveroo GCC.

Residents in the Al Maqta, Al Zeina, Al Bandar, Al Raha and Khalifa City zones will now be able to benefit from Deliveroo’s service, which allows customers to order high quality restaurant food online and have it delivered straight to their homes or offices. Some of the region’s most popular restaurants will now be available in just 32 minutes or less, including Sushi Counter, jones the grocer, Biancorosso, Kababs and Kurries, The Raw Place, Circle Café, Soy Express, Eighteen Sixty Eight and Andiamo.

Deliveroo launched in Abu Dhabi in 2016 following its 2015 arrival in Dubai and has since grown steadily to meet the increasing consumer demand for its service. The company was first established in 2013 and has quickly established presence across 130 cities in 12 countries, with headquarters in London and over 1,000 employees.