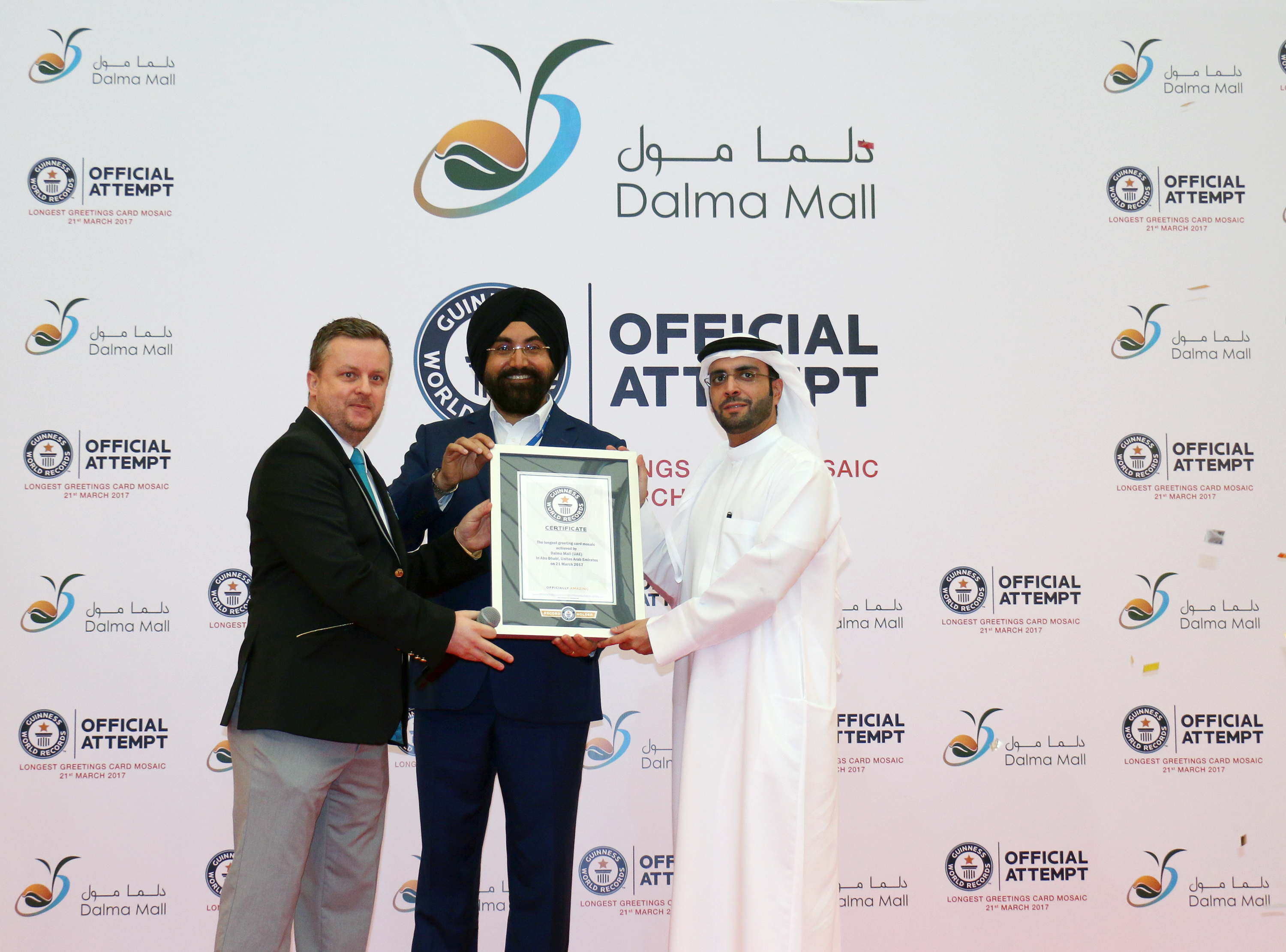 Abu Dhabi’s Dalma Mall is the new record holder for the longest greetings card mosaic made in history, confirmed the Guinness World Records.

Dalma Mall achieved this mosaic by creating a 150m collage of greetings cards made possible through contribution from UAE-based people, institutions and organisations wishing their mothers on Mother’s Day. The mall collated over 16,000 cards – digital and hand-written – dedicated to mothers, displaying it at Dalma Mall’s façade.

“Our Guinness World Records achievement is a celebration and testament of unity represented by the numerous nationalities who call the UAE home, all bound by their love to their mothers, God’s creation and symbol of affection and compassion,” says Mohammed Al Shaiba Al Mazrouei, executive director at Dalma Mall.

“At Dalma Mall, we prove once again that we can overcome any challenge, as we set our hearts and minds on confirming that we are Abu Dhabi’s favourite mall, all the while humbly contributing to the long-standing achievements of the UAE’s capital,” he adds.

“This is truly a historic occasion. Today we honour the loyalty of our customers and shoppers. With their help, we were able to break the previous Guinness World Records title and gather more than 16,000 Mother’s Day wishes in less than 14 days. We truly thank all of you for taking part of making all of our mothers proud and making us ‘Officially Amazing’,” comments Bhupinder Singh, general manager and CFO at Dalma Mall

“As the global authority on record-breaking Guinness World Records is always proud to be part of such feats, specifically for occasions such as Mother’s Day, where participants are given the opportunity to celebrate their dear mothers and thank them for all they have given. It is great to see the UAE to continue to thrive in all fields and industries, and we are always looking forward to the next Guinness World Records achievement in the region,” observes Talal Omar, Guinness World Records’ country manager – MENA.

The record was validated by Guinness World Records officials on the grounds and Dalma Mall was awarded a certificate by the organisation to mark this remarkable achievement, which is considered a national event registered under the name of the UAE in this world-famous book.