Competition heating up for Whole Foods 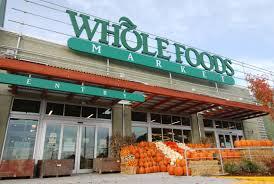 US-based food supermarket chain Whole Foods Market Inc lowered the top-end of its annual same-store sales forecast with its competitors moving into the natural foods business. The chain posted fiscal third-quarter revenue that trailed analysts’ estimates and its same-store sales growth for the said period has also slowed to 5.8%. The company now sees annual growth of as much as 7.3%, slightly below a previous forecast.

Sales in locations open for at least a year rose 7.5% in the company’s third quarter and Whole Foods had previously forecast a similar growth rate for fiscal 2013. Revenue in the three months ended July 7 rose 12% to $3.06 billion and net income rose 21% to $142 million from about $117 million a year earlier.

Whole Foods has plans to increase its store base to 1,000 locations in the US. It has also tried to boost sales by appealing to health-conscious Americans as it faces competition from natural and organic food sellers such as Fairway Group Holdings Corp and Sprouts Farmers Market.