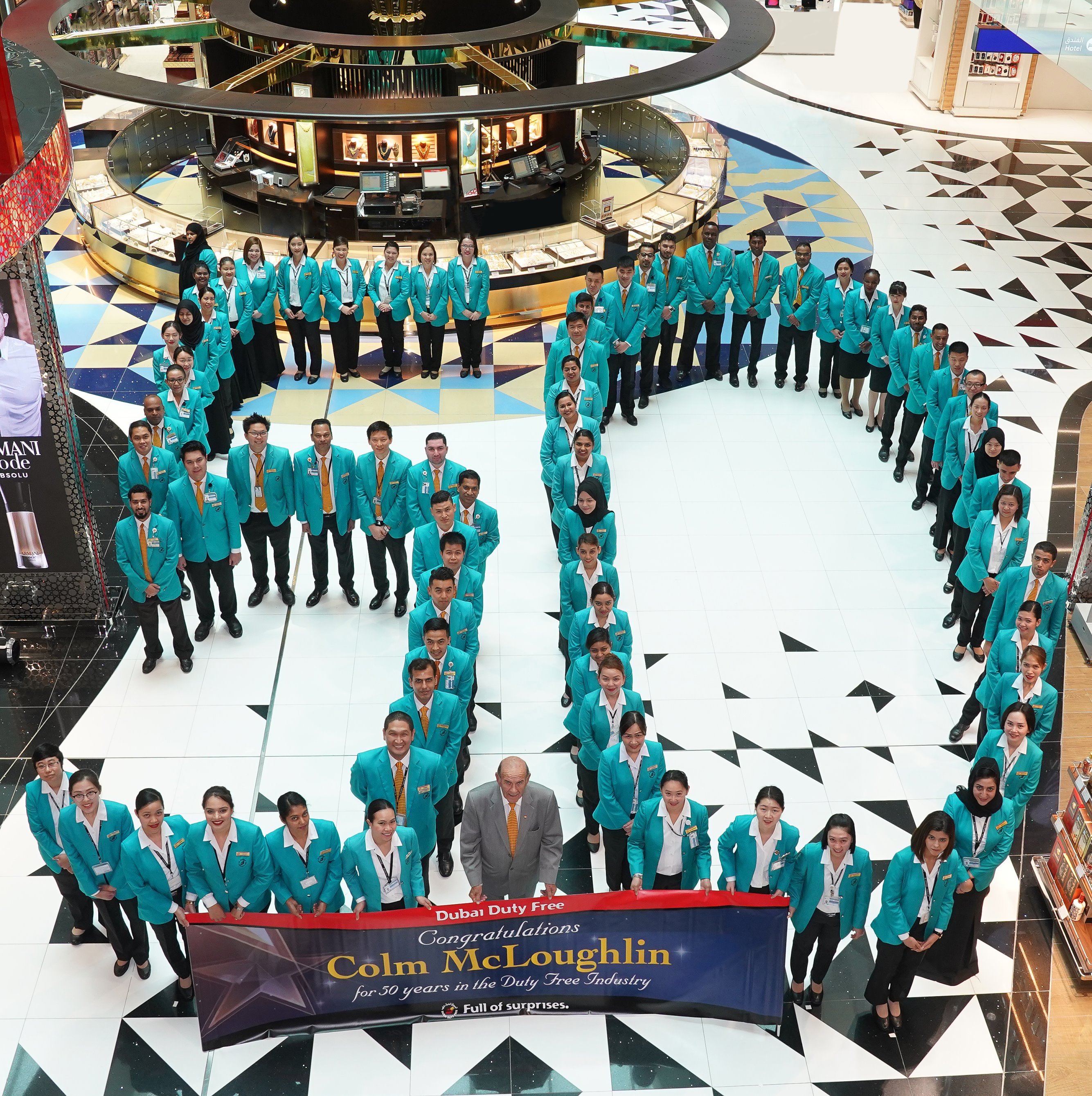 On June 1, 2019, Colm McLoughlin, executive vice chairman & CEO of Dubai Duty Free (DDF) celebrates 50 years of being part of the duty-free industry. Widely recognised as an industry veteran, McLoughlin is known as the driving force behind DDF’s successful $2-billion business,

McLoughlin was on holiday in his native Ireland in the spring of 1969 when he first read about a job at Shannon Duty Free, the birthplace of the duty-free industry. “I had been working for Woolworths in London so I had a number of years of retail management experience. When I saw the job advertised in Shannon Duty Free I thought ‘I wonder what that is about’, so I applied for the position mainly to see what the job entailed,” McLoughlin recollects.

McLoughlin was offered the job on the spot and so began his five-decade long career in an industry that was started by Dr Brendan O’Regan in Shannon in 1947 and is now a global business worth an estimated $76 billon.

“Dr. Brendan O’Regan was a great man and was the founding father of the duty-free industry that we know today. He was not in Shannon in my time, but he was talked about with great respect at all times. When I started in Shannon, I reported to Bill Maloney in the early days. Bill was a great manager and I learnt a lot from him,” McLoughlin adds.

The 1970’s witnessed a great deal of expansion and growth at Shannon Airport, which was the major gateway and refuelling stop between Europe and the US. In tandem with the growth of the airport, the newly named airport authority, Aer Rianta, had developed a reputation for successfully running the duty-free side of the business.

In 1983 Shannon was the first port of call for Dubai International Airport’s then director general, Mohi-din Binhendi, who was tasked with the job of setting up a duty-free operation in Dubai. Binhendi met with the Aer Rianta senior management, including McLoughlin, who was the general Manager of Shannon Duty Free back then.

“I remember when Mr. Binhendi visited Shannon and we were excited to hear about the plans he had for setting up a duty-free operation in Dubai,” reminisces McLoughlin. “I have to admit though that not many of us knew where Dubai was at that time and we had to look it up. But we were left in no doubt that Dubai meant business and they wanted to open a world-class duty-free operation very quickly.”

Within weeks of that visit, McLoughlin moved to Dubai in July 1983 as part of the 10-man team from Aer Rianta at the request of the Dubai Government to set up the duty-free operation as part of a six-month consultancy agreement.

“We had only six months to turn the project round,” McLoughlin remembers. “During that time, we had to recruit and train 100 staff, we had to purchase products, we had to establish systems and so on, so we had no time off and worked around the clock. It was worth it though when we opened for business on December 20, 1983 and took $44,000 in that first day and went on to have sales of $20 million in the first full year.”

“Fast forward to 2008, when Dubai Duty Free celebrated its 25th anniversary and in one single day, our sales reached $20 million, which is incredible. Fast forward further to 2019 and it is also incredible that 25 of the original 100 staff are still with the organisation,” he avers.

Throughout the years, the operation continued to grow and develop under the leadership of Sheikh Ahmed bin Saeed Al Maktoum, president of the Dubai Civil Aviation Authority and chairman of DDF.

Commenting on McLoughlin’s 50-year career anniversary, Sheikh Ahmed says, “I remember in the early days when Dubai Duty Free consisted of a few scattered shops around the airport, now it is a world-leader. Along the way DDF has played a pivotal role in building Dubai’s aviation brand and leadership position. This is thanks to its excellent management team highlighted by the experienced people who remain in top management. Throughout it all, from day one, Colm McLoughlin has been in charge, leading the way. I would like to congratulate Colm on marking his 50th year in the duty free business and thank him for all his hard work during his 36 years in Dubai.”

In July 2011, McLoughlin was named executive vice chairman & CEO of DDF and its subsidiary businesses, which includes the Dubai Duty Free Tennis Stadium, home to the Dubai Duty Free Tennis Championships, The Century Village, the Jumeirah Creekside Hotel and The Irish Village in Garhoud and Riverland, with the third Irish Village outlet opening soon at Studio One Hotel in Dubai Studio City.