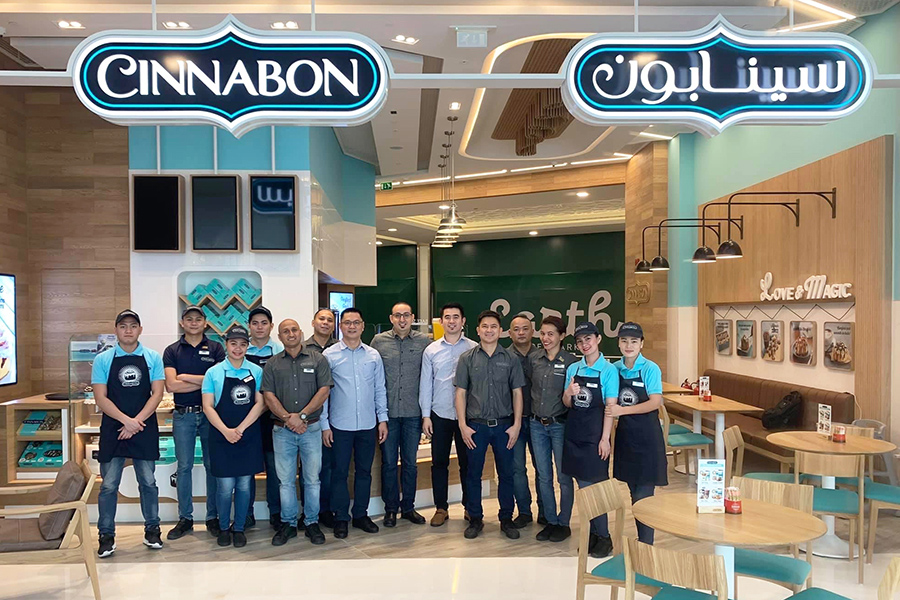 Cinnabon celebrates 20th anniversary in the UAE. The brand is part of the Cravia Group, which was founded 20 years ago as the first Cinnabon store opened in Abu Dhabi. Today, the Cravia Group brand portfolio also includes Seattle’s Best Coffee, Zaatar w Zeit and Five Guys.

Founded in Seattle, Washington in 1985, Cinnabon’s cinnamon rolls are popular worldwide. Introduced in the UAE in 2001 when its first bakery opened in Abu Dhabi Mall, Cinnabon has since expanded to 31 outlets reaching out to loyal customers across Dubai, Abu Dhabi, Al Ain, Sharjah and Ajman.

As Cinnabon celebrates 20th anniversary in the UAE, Marwan Kandeel, director of operations, Cravia, said, “In UAE, we estimate we have served over 40 million rolls in 20 years. At Cinnabon, we serve UAE with the world’s most delicious treats in a variety of sizes, styles and flavours, and continue to expand and delight our fans across different Emirates.”

“Cravia operates a number of well-known franchises in the region and we serve our customers with pride motivated by the loyalty of our discerning fans of our different brands in the UAE. Striking a perfect balance between authenticity and quality of ingredients, our team’s success is rooted by constantly innovating and staying relevant to our customers,” he added.