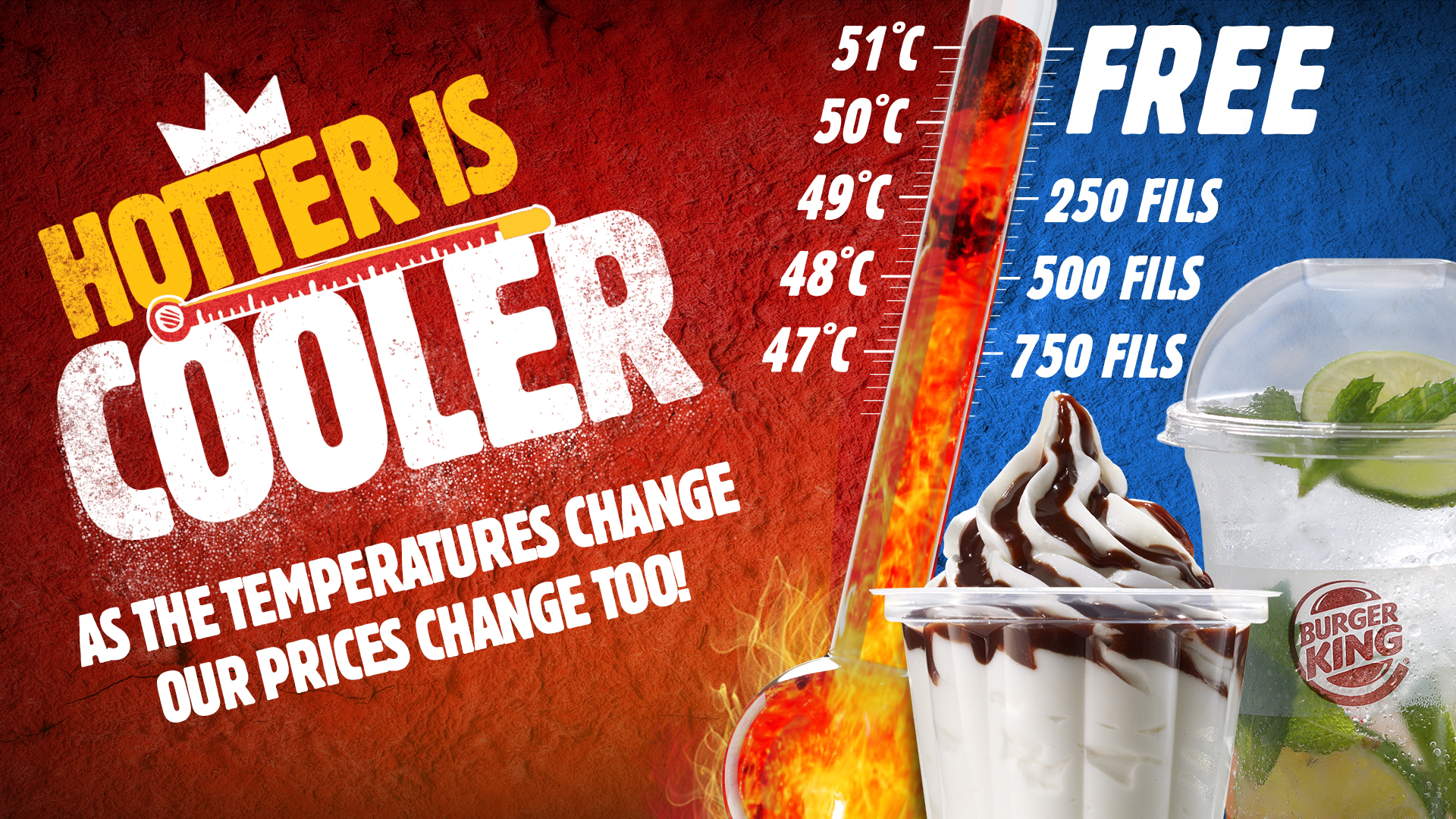 American restaurant chain, Burger King has launched a first-of-its-kind campaign in Kuwait, running between July 24 and August 3, 2019. Taking into account Kuwait’s scorching heat, Burger King has introduced the ‘Hotter is Cooler’ campaign that ensures reduction in prices of its popular cold in real-time as the temperature soars.

The latest campaign builds on the Burger King’s creative wave of transforming Kuwait’s hot summers into memorable experiences. Thus far, as a result of the ‘Hotter is Cooler’ campaign, Burger King has seen high single digit percentage increase in footfall, especially in high-traffic generating areas and a good increase of sales in its dessert items.