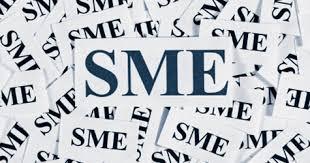 UAE’s small and medium enterprises (SMEs) are increasingly confident of their growth prospects for this year buoyed by strong economic growth in 2013 and the prospect of Expo 2020. Take the example of healthy F&B concept Kcal, which currently runs six outlets in Dubai, plans to open two more locations in the emirate and six in Abu Dhabi this year.

At Virtuzone, a Dubai-based business that helps smaller businesses set up, the number of new registrations last month rose 12% compared with January 2012, according to its chairman, Neil Petch. “Based on January we’re expecting 2014 to be the biggest year we’ve had so far. Of greater importance, perhaps, is that 62% of Virtuzone clients signed renewal agreements last year, compared with 56% in 2012. Renewal figures for this year were currently about 70%,” he reveals, indicating that an increasing number of smaller businesses are surviving beyond their first year.

In fact, the UAE governments have launched several initiatives to boost the SME segment in recent years to encourage entrepreneurship in the country and diversify the economy. Dubai SME 100, a Dubai government initiative established in 2011 to nurture SMEs, has registered a 50% rise in applications for its 2014 rankings, according to its chief executive Abdul Baset Al Janahi. “We expect this figure to grow even more next year as more business opportunities arise with the continuing growth of the economy,” he observes.