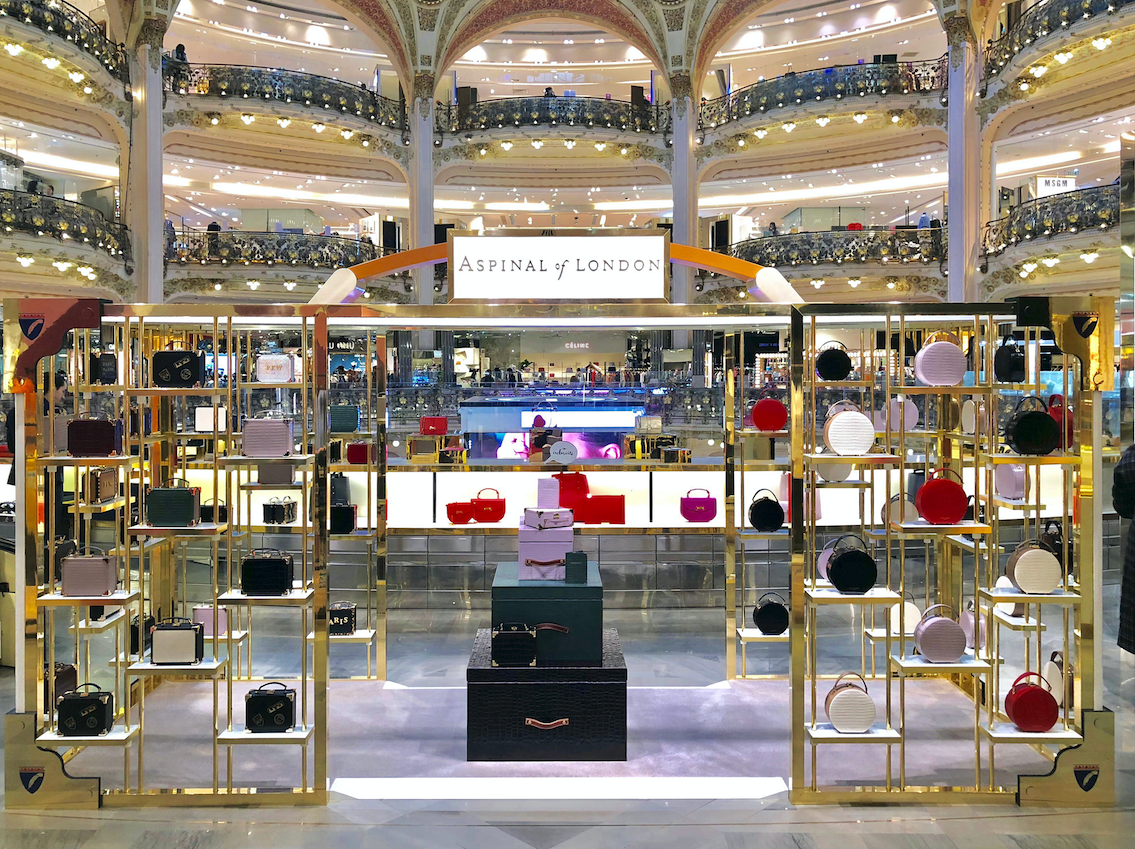 British luxury lifestyle brand Aspinal of London is set to continue its highly successful partnership with Abu Dhabi-based retail group LIWA Trading Enterprises. Both entities are renewing the contract for a further five years to focus together on a programme of significant retail expansion within the Middle East.

The past five years have recorded success between Aspinal of London and LIWA through the launch of four retail stores in the Middle East, at Avenues Mall in Kuwait, Yas Mall and Galleria Mall in Abu Dhabi and a concession within Robinsons store in Dubai Festival City Mall.

The next stage in this partnership will begin with the opening of a fifth, 1200 sqft store to be located in The Dubai Mall, with the official opening planned for early July 2018. The opening was preceded by a pop-up, which opened on May 21. This year will also herald the opening of the first retail space in Saudi Arabia for Aspinal of London, in the form of a concession within the new Robinsons department store in Riyadh, due to open in August 2018. Between 2019 and 2021, Aspinal of London and LIWA are planning to open five further stores across the Middle East.

“We are thrilled to be opening in Dubai Mall shortly. With further stores planned throughout the Gulf in the near future, the brand has been well received in the market and customers appreciate the high-quality products and innovative designs. LIWA plans to develop Aspinal of London through multiple channels and our relationship could not be stronger in terms of commitment,” says Mark Tesseyman, CEO of Liwa.

“Aspinal of London’s first major international partnership was with LIWA, opening three gorgeous stores in Abu Dhabi and Kuwait in the first phase of development. Building on this strong growth and confidence in our business relationship, we celebrate the next chapter with the opening of The Dubai Mall store that represents an important step forward for Aspinal of London’s presence in the Gulf. Our thanks to LIWA for their belief in Aspinal of London as a key brand, offering beautifully crafted leather goods to their discerning customers,” adds Lisa Montague, CEO of Aspinal of London