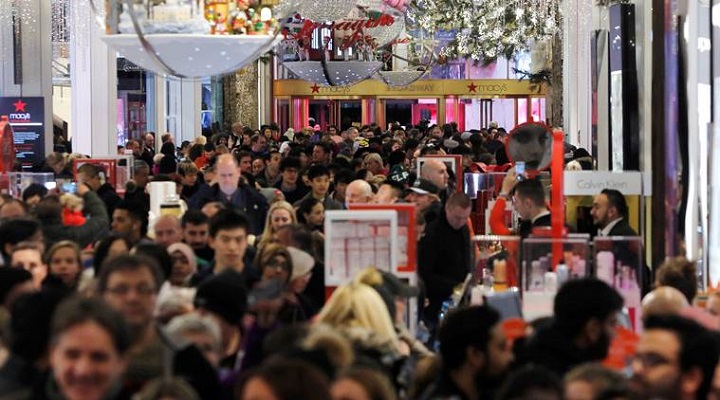 According to the annual Thanksgiving weekend results survey released today by the National Retail Federation (NRF) and Prosper Insights & Analytics, more than 154 million consumers are expected to have shopped over Thanksgiving weekend, up from 151 million shoppers in 2015.

“It was a strong weekend for retailers, but an even better weekend for consumers, who took advantage of some really incredible deals,” says NRF president and CEO Matthew Shay. “In fact, over one third of shoppers said 100% of their purchases were on sale.”

After the Thanksgiving weekend it’s now time for Cyber Monday, which is celebrated on November 28 every year since 2005 – a day when consumers shop online to avail various attractive deals.

According to the NRF Cyber Monday Expectations Survey conducted by Prosper Insights & Analytics over the weekend, 122 million Americans plan to shop online on Cyber Monday, up from the 121 million who planned to participate last year.

“On Cyber Monday, retailers deliver online discounts unlike any other day of the year—driving consumers to shop online no matter where they are or what device they’re shopping from,” Shay explains. “While millions of consumers shopped over Thanksgiving weekend, they also reserved a portion of their budgets exclusively for Cyber Monday, knowing that there will be digital deals that are too good to pass up.”

“Shopping online is more convenient than ever before while travelling, emailing or relaxing at home, we’re seeing consumers of all ages researching and shopping for online deals,” shares Pam Goodfellow, Prosper’s principal analyst. “Cyber Monday deals have become something that smart shoppers rely on, and this year is no different. Consumers wake up early ready to shop at their favourite retailers for the items they’ve had their eye on all season.”