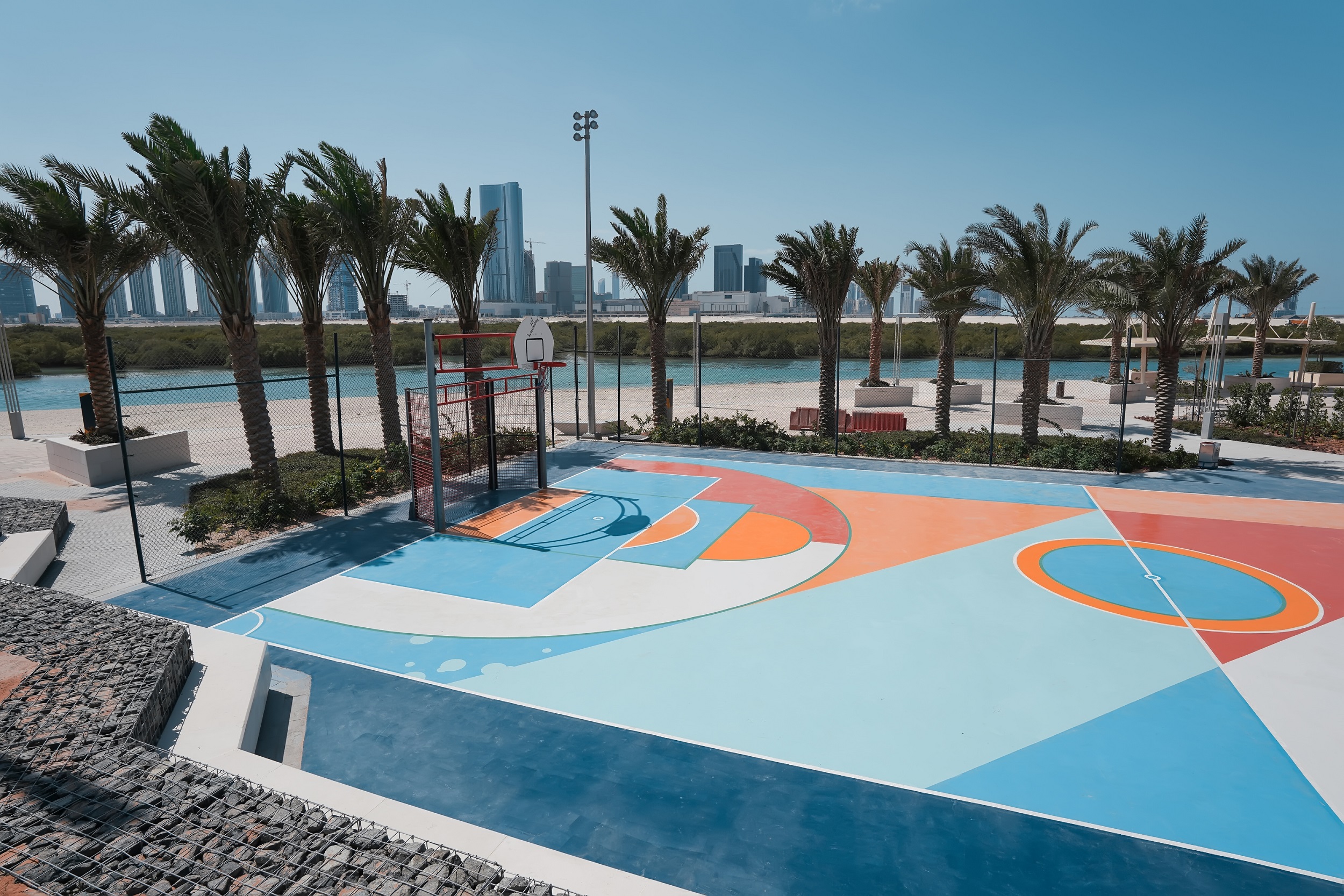 Aldar Properties PJSC, in partnership with Abu Dhabi Art – under the Department of Culture and Tourism – Abu Dhabi – has commissioned a series of public artworks for the newly opened Reem Central Park. This comes as part of Aldar’s ongoing efforts to enhance Abu Dhabi’s urban landscape with public art at its properties across the Emirate.

Local artists Mohammed Ahmed Ibrahim and the collective of Ramin Haerizadeh, Rokni Haerizadeh and Hesam Rahmanian were commissioned to create site-specific artworks for the recently opened, 1 million sqft park, located on Reem Island. This latest artistic endeavour follows on from high-profile commissions such as a 600-metre mural at Al Raha Beach and numerous other artworks within Aldar’s various properties.

The artists were inspired by the park’s multicultural visitors, as well as by pre-Islamic poetry, Arabic folklore and motifs found on items from the collections of Louvre Abu Dhabi and the Etihad Museum. The new artworks now adorn 24 pillars surrounding the 25835 sqft skate park, staircases, four playgrounds and four bollard walls, adding numerous additional elements of interest to the popular park, which also features sports facilities and a water and light show.

“Aldar has a longstanding commitment to supporting the public’s engagement with art, through the creation of conceptual landmarks and aesthetically pleasing master developments as well as through public murals and artworks,” states Talal Al Dhiyebi, CEO, Aldar. “We are delighted to partner with Abu Dhabi Art to commission public artworks in Reem Central Park, which supports young artists and our vision to deliver desirable destinations, enhance our urban landscape and make Abu Dhabi an even more attractive place to live and visit.”

Reem Central Park, located in the heart of Aldar’s master-planned community on Reem Island, opened to the public on National Day in 2018. Set against a stunning beachfront, Reem Central Park also houses a mosque that can host 2,000 people, a retail centre and food outlets, including 800 Degrees Pizzeria, Park House, Taqado Mexican Kitchen and Urban Seafood.

“Aldar has a visionary approach in placing public art at the centre of their development plans from the outset, signalling a commitment to investing in culture and in creating unique public spaces. The commissioned artists are some of the most important living in the UAE today, and it is really very special that Aldar has provided the public with access to their work in Reem Park. Artists are the heart of any creative community and Aldar has brought the voice of that community into the public space, through these inspiring artworks,” adds Dyala Nusseibeh, director, Abu Dhabi Art.

Dubai and Doha are top five markets for new entrants