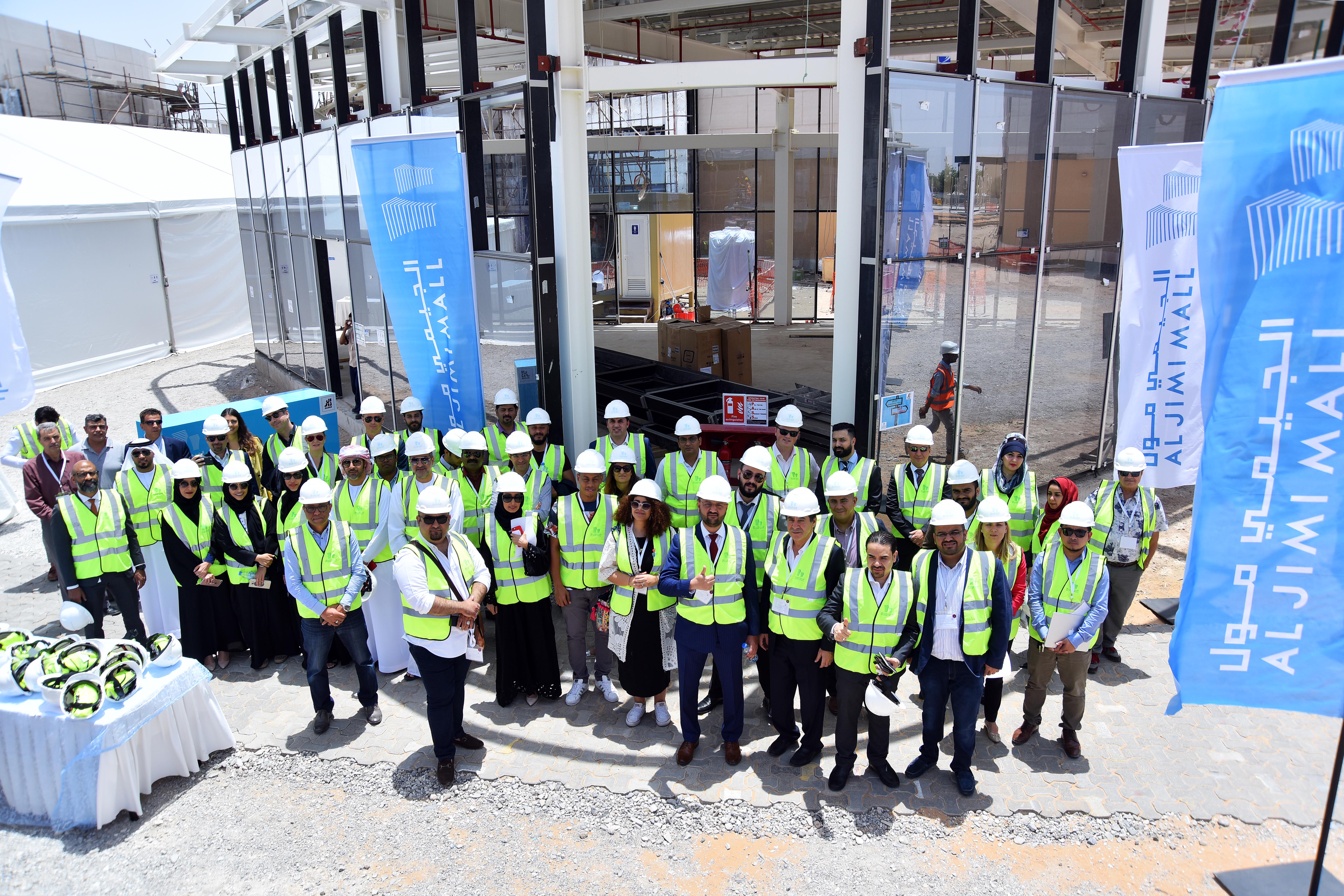 Al Jimi Mall, Al Ain’s first shopping and entertainment destination, has revealed the progress of its extension, which will add 484,000 sqft of gross leasable area (GLA) when it opens in Q4 2018. The extension, according to Aldar officials, is about 80% ready. Once complete, it will include the city’s first outside ‘Retail Park’ concept, 88 new stores and Al Ain’s first eight screen Vox Cinema. To ensure easy access, the extension will also include 1200 extra car parking spaces, doubling the capacity of the mall’s current parking lot.

Located in the heart of Al Ain, Al Jimi Mall, which first opened in 2001, is owned and managed by Aldar Properties. Given Al Ain’s growing local population and vibrant business landscape, the city has become a key expansion market for Aldar’s retail portfolio.

Aldar Properties and Al Jimi Mall conducted a behind-the-scenes tour to reveal the extension’s progress to a large group of government officials and retailers. The new ‘Retail Park’, which will consist of several big box spaces, ranging in size from 16,000 sqft to 70,000 sqft, directly adjacent to the mall, was also showcased.

“The latest renovations here at Al Jimi Mall are a testament to Aldar’s commitment to serve the needs of our local community and the people of the UAE. Al Ain is a key growth area for Aldar’s retail portfolio as it evolves to become a cultural and community hub. Through the combination of the innovative Retail Park, plus 88 new entertainment, retail and F&B tenants, we promise to offer Al Ain residents and tourists a unique and memorable shopping and leisure experience,” says Brad Merchant, director of Retail Asset Management at Aldar Properties.