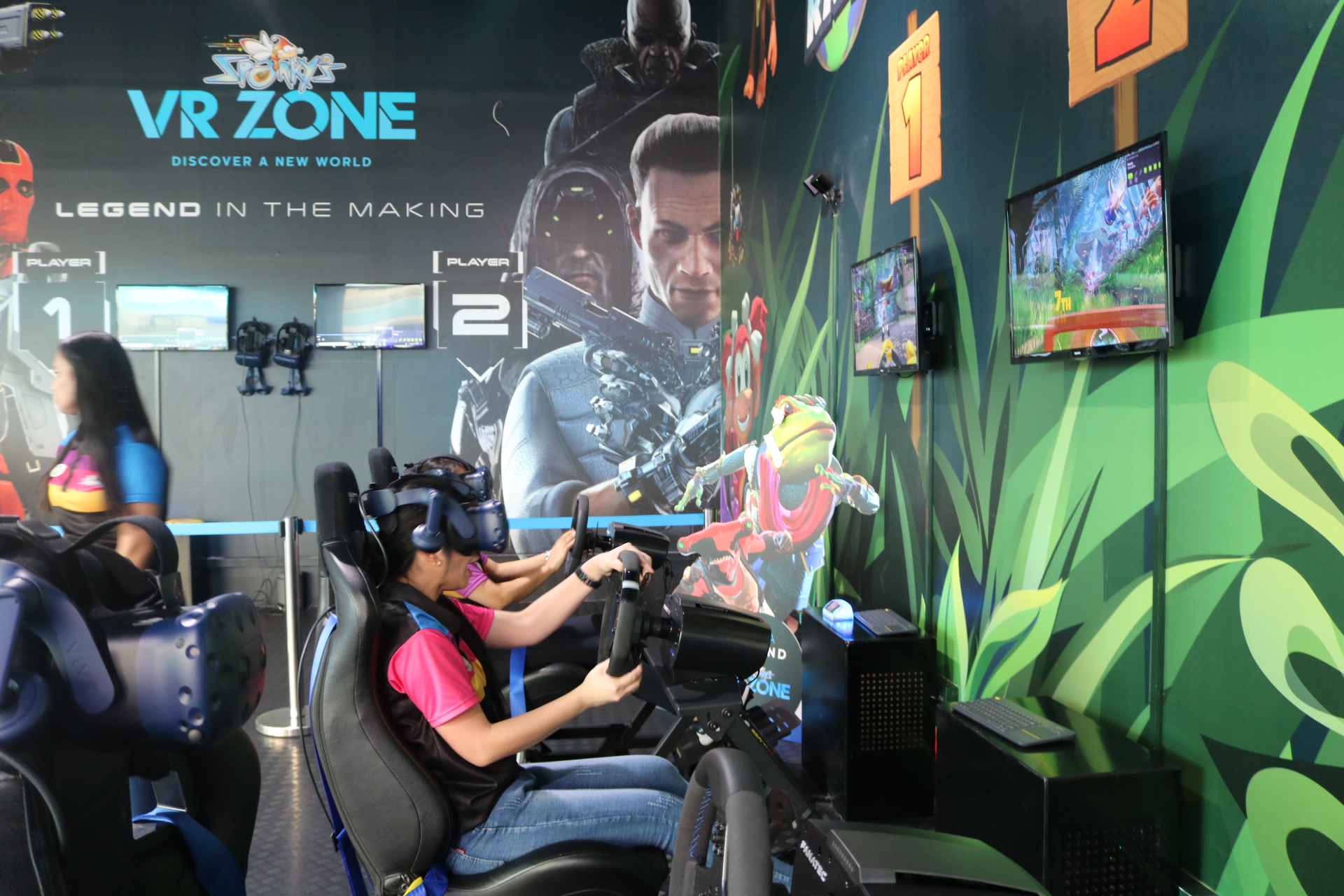 Scheduled to open to the public on the first day of Eid Al Fitr, the comprehensive virtual reality (VR) gaming zone will offer the most realistic simulation experience, adding a whole new dimension to entertainment for gaming enthusiasts. After the UAE launch, Sparky’s VR Zone will be making its debut throughout Saudi Arabia.

Sparky’s VR Zone will offer a range of fully-immersive VR and gaming experiences, along with cinema pods, motion simulators and wrap-around sound. Chimpact is a new and exclusive edition in Sparky’s range of VR experiences.

In addition, Immotion’s portfolio of experiences will also be available, including Swimming with Humpbacks – a global first for the VR industry. The VR zone will add to Sparky’s already extensive options of entertainment for the whole family including, Bowling alleys, family ice rink, 4D cinema, kids, adult’s rides and arcade games.

“The partnership between Al Hokair Group & Immotion Group plc has been an immensely successful one, with us working together endlessly in developing & implementing the launch within two months; just in time for an Eid Al Fitr launch at Sparky’s in Mushrif Mall Abu Dhabi. This launch will be further followed by our other Sparky’s VR zone launches in Jeddah Andalus Mall, and many more projects are set to take shape across Saudi Arabia; all featuring our exclusive range of VR experiences,” says Mishal Al Hokair, deputy CEO & general manager – entertainment, Al Hokair Group.

Innovation is key to stay ahead of the game

Cinépolis set to enter the GCC