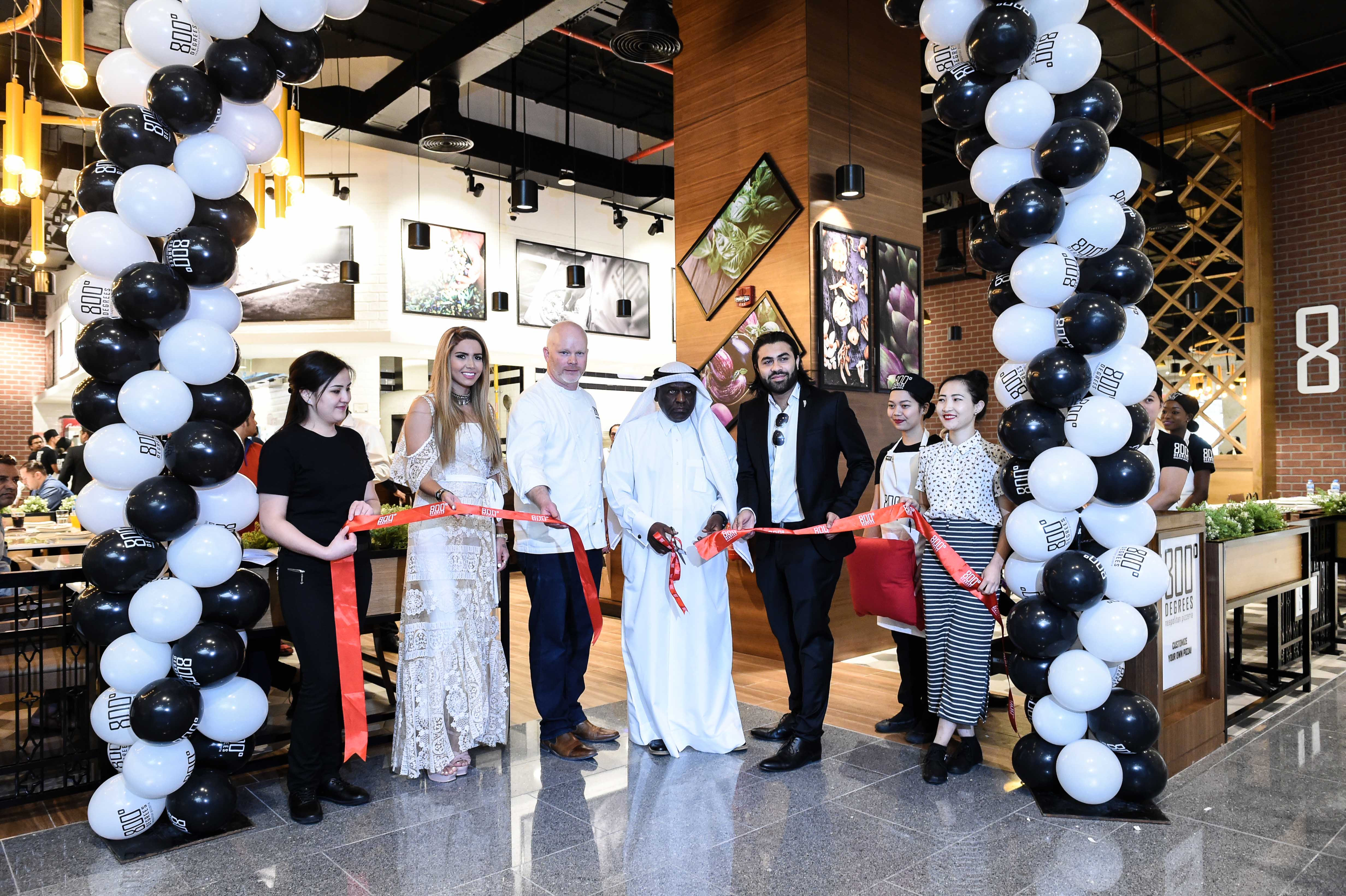 Anthony Carron and two members from the franchise board of 800 DEGREES inaugurated the new branch alongside franchise owner Manish Jeswani on May 21 2017.

Spanning an area of 3,230 sqft on Level 1 next to North Food Court in Doha Festival City, this new development marks the beginning of 800 Degrees’ expansion across the GCC, with four more outlets on the way in Qatar.

“In a little over a year we have expanded across Dubai, and have received amazing response from those who truly enjoy the food and experience in the country. We are hopeful to receive a similar response in Doha at the Doha Festival City. Not only is this our very first branch in Qatar, but it is in one of the next biggest landmark attractions in Doha. We are looking forward to serve some great food here and expand operations in the region, with four more branches on the way to Qatar,” says Manish Jeswani, managing director, Eaters LLC and franchise rights owner of 800 Degrees.

“We have a world-class mix of fashion, dining and entertainment at Doha Festival City that we are extremely proud of and we are delighted that 800 Degrees has joined us as part of that offering to make its Qatar debut with us. We understand there has been some excitement around its opening so can’t wait for our visitors to feedback on what is known to be a game-changer for fast, casual pizza,” adds Trevor Hill, general manager, Doha Festival City Mall.

Under the leadership of Jeswani and master pizzaiolo chef Rosario Accaria and concept owner Anthony Carron, 800 Degrees holds innovation, authenticity and its Italian roots close to its heart and continues to give the region a tour through the rich heritage of Naples and back.